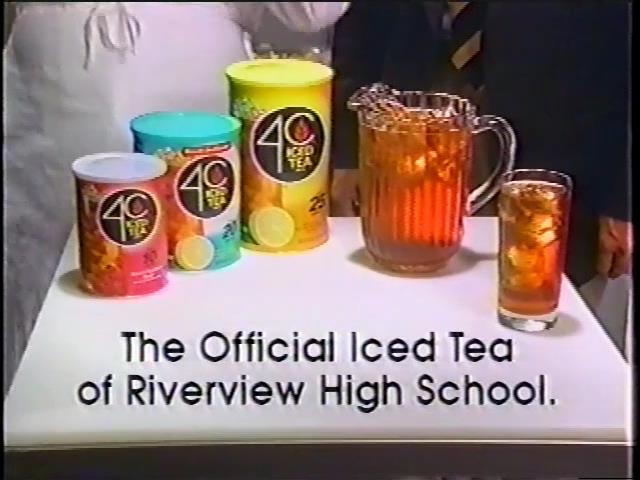 This week’s theme of retrospective took a turn toward re-visiting familiar territory, but revisiting a specific brand whose commercials are familiar to this feature.

In Throwback Thursdays and Flashback Fridays past, we’ve visited with The Davis Family, and learned of their “official brand” of drinks and parmesan cheese

Today’s commercial shifts away from the family, and possibly to the school the Davis kids go to?  I have no idea, but considering that the kids were teenagers in the 1980s commercials, they may have long since graduated.  As this commercial aired in the summer of 1998, it involved summer school, and introduces a new character into the 4C fold – Chef Bud, Riverview High School’s chef. 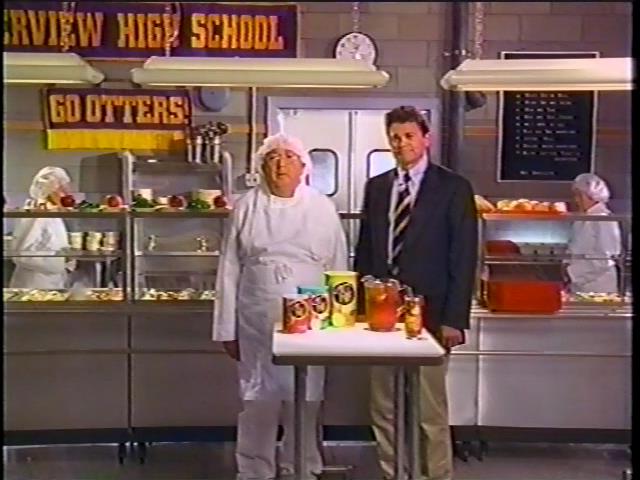 And what is the preferred drink of Riverview High School Summer School students?

4C commercials were a staple of the 1980s and 1990s, always the official product of the Davis Family.  This one was a surprise, as all the other commercials in my collection feature the family.  My collection itself doesn’t have an 4C commercials past the late 1990s.  I’m guessing the family retired from product placement?

Or Chef Bud’s dancing forced the brand into advertising retirement.

I said before, may 4C just sells itself.  I still see it on store shelves.

#ThrowbackThursday Is Breaking Out A Commercial Set…From Their Purse! (January 26, 2017)

#FlashbackFriday, The Official Favorite Day Of Everyone (January 27, 2017)

The Official #ThrowbackThursday Of The Davis Family (February 21, 2019)

The Official #FlashbackFriday Of The Davis Family (February 22, 2019)