Or, “hey, look what my dad lets me do for his company!”

The booming home video market meant lots of smaller companies vying for those video store rental (and purchasing) dollars by releasing content through their own companies.  Major studios had major movies, and smaller companies released special interest and B-grade films (or worse).  However, those smaller companies had one thing over the major studios – their own children/family sub-labels.  During the mid-1980s, Children’s Video Library and Hi-Tops Video competed for the interests of kids who liked films and shows featuring their favorite licensed characters.  Both companies also had a hand in releasing “instructional” and “informative” videos.

Heck, they even shared a likable teen actor for those purposes. 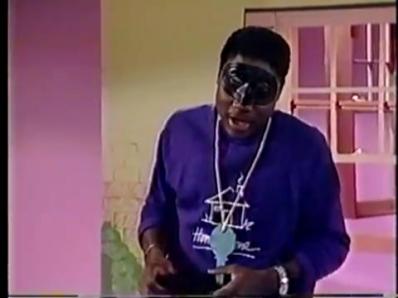 Those companies, for a few years, were successful in their missions, but off in the corner, waiting to strike with its own content, was a company known for B-grade and soft core films…and its own children’s label.

The label even came with a child spokesperson of its very own.  If he was likable…well, that’s debatable.

From Soft Core To “Just For Kids!”

It was this company through which a sub-label was created to distribute children’s films, both of the obscure and well-known kind.  You could say that Family Home Entertainment had the children’s market covered, but this was a market saturated with competition.  And besides, Celebrity was good for distributing obscure content, so there was a need for a children’s company to do the same.

“The Name To Remember In Children’s Entertainment!”

Celebrity’s Just for Kids label was established in 1985, and distributed children’s programs and films, many of obscure nature, some international movies (including the Gamera movies, and many European and Japanese cartoons), and some very well-known content at the time, including Bravestarr, GI Joe: The Movie, COPS, and Filmation’s Ghostbusters.  the animated series capitalized on the live action show from the 1970s, which has nothing to do with the 1980s films and cartoons that are more commonly known and embraced.

The “Just For Kids” videos were book-ended with segments featured Noel Bloom Jr., the son of Noel Bloom.  Beginning about 1987 or 1988, Little Noel (and his braces) introduced the video and reminded kids about how to adjust the tracking on their VCR for the best picture quality, and to stick around for the end of the program, so you – yes you – could find out how to receive a free “Just For Kids” videocassette! 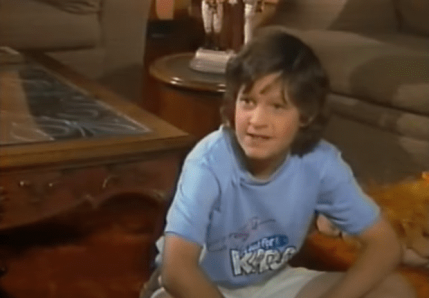 Be jealous kids.  His dad owned a company made him the spokesperson for it before he was in his teens.  What were you doing at eleven years old?

But before all of that (including braces), there was…

This, my friends, is everything 1980s.  The furniture, the television, the clothes, the hair.  I remember watching this video during the earliest days of YouTube (about 2007), and was just…wow.  I was into nostalgia at that time, but it took years to fully appreciate what made certain aspects of it super special.

Everything about this is just top notch cheese, my friends.  Right down to the bang up acting.  I had no clue that the starting of a home video in the family VCR could have a tractor beam-type effect, but the 1980s were a different time.

Marvel in the collected works of Noel Bloom Jr.!

All of his girlfriends love Maxie’s World.  Remember that, kids.

I will say though, seeing this clip and him talking about The Noozles brought back memories of watching the show on Nickelodeon in the 1980s and 1990s.  Pinky was super annoying!

Noel’s promises of a free Just For Kids video could be yours, if you send in the Proof of Purchase from six of their videos.  From what I’ve gathered over the years, that “free video” is really a sampler of trailers for different Just For Kids releases.  So if you were figuring on getting a copy of GI Joe: The Movie, and bought a bunch of Gamera and Maxie’s World videos just to bask in the glory of a freebie…you would be very disappointed.

Admit it, you really want something with animated Little Noel on the cover.

But hey, here’s the address.

Because I wouldn’t be doing my best job ever without researching this PO Box, I Googled it.  Nothing comes up.  At all.  I mean, something about the UPS Store in Woodland Hills, California as a way to get a secure private mailbox comes up, but that’s pretty much it.

The videos were usually dubbed in EP, sold at budget prices, and were usually selected episodes of television shows, as well as compilation films of episodes.  Television series never saw completed releases.

Noel really should have taken up a complaint with his dad about that.  Kids don’t like to be left hanging.  Heck, his girlfriends (all of them!) don’t want to be disappointed!

Did “Just For Kids” Actually End? 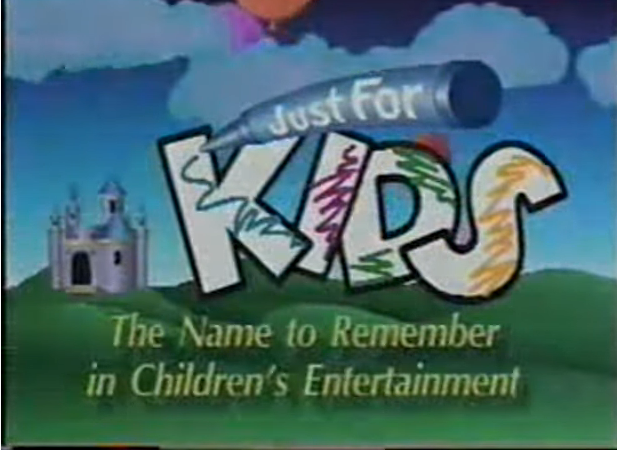 Well, not really.  The parent company for Just For Kids, Celebrity Home Entertainment, filed for bankruptcy protection in 1991, but it didn’t officially close down until 2001.  To say that the Noel introductions pretty much went away by that time is accurate – Noel would have been 13-14 by that time, so I’m sure he wasn’t talking about Beverly Hills Teens and Maxie’s World and drawing in his “friends” with a opening logo tractor beam by then.

Celebrity Home Entertainment closed down for good in 2001, and Noel Bloom Sr.’s other companies – Artisan Home Entertainment (and its previous incarnations, as well as Family Home Entertainment), are all owned by Lionsgate as of 2003.  His company Caballero Home Video still operates today (and has since 1974, one of the oldest pornographic film studios still operating.  Another label, Monterey Entertainment (established in 1979, the second sub-label of his company) is now under the ownership of BayView Entertainment as of 2019.  This company originally was a home video distributor, but these days, has expanded into independent theatrical distribution, film festivals, and other venues including television, digital delivery and home entertainment markets

As for Noel Bloom Jr. played basketball, and coached a high school team in California, though there isn’t muuch to be found for him.  We’ll wish him well – he probably was a nice kid that was lucky enough to promote kiddie videos. Who wouldn’t want to be able to do that?

I’ve tried (in vain) to find the full video of the Sampler Collection (60 minutes of glory!), but alas, it is no longer on YouTube.  However, this little collection of clips is basically that, but without the funny in between segments of 10-year-old Noel in a Lakers uniform.

As for this video, this is from 1990 and clearly features an older version of Noel, trying to do his best British accent.

Did you ever watch/rent/own a “Just For Kids” video?  Do you remember Little Noel and his braces, introducing the company’s offerings?  Or do you just remember that gloriously cheesy segment that was clearly filmed in a 1980s living room?

So, in the course of my research, I realized I would be remiss if I left our Family Home Entertainment – this was the OG of children’s home video companies.  And since it has an oh-so-special connection to Just for Kids, it will be next week’s heavily-researched article.

Until then, have a great day, and, um…bow before your Dark Underlord of Quality Children’s Entertainment!