Look at this watch! Would you ever know, that it could turn into a robot radio?

Well, now you do!

The 1980s was an era of cool watches – ones that not only told time, but played video games, calculated math problems, and even concealed by a giant plushie.

Was your watch a purple plush elephant?  Mine was!

Anyway, watches for kids (many whom probably couldn’t tell time yet) in the 1980s were wearable fun, and in today’s commercial from 1985, proved that it isn’t just a watch.

It could be a boom box…

A jet, scorpion, car to robot, and even a calculator to robot!

Imagine showing off this watch to your friends?

What is this amazing technology?

Kronoform was manufactured by Takara, a Japanese toy company that manufactured Transformers toys in Japan, among other toys that were licensed internationally by other companies, including Mego and Hasbro.

Kronoform was an attempt by Takara to market Diaclone and Microman toys in the United states that hadn’t been licensed by Hasbro for the Transformers line of toys.  The “time machine” Kronoform watches were taken from Takara’s Watch Q line in Japan.  Autoceptor, Deceptor, and Kaltor were released in Transformers packaging.

Eventually, The Robot Time Machine and Scorpia would get releases as Generation 2 Transformers in 1993. 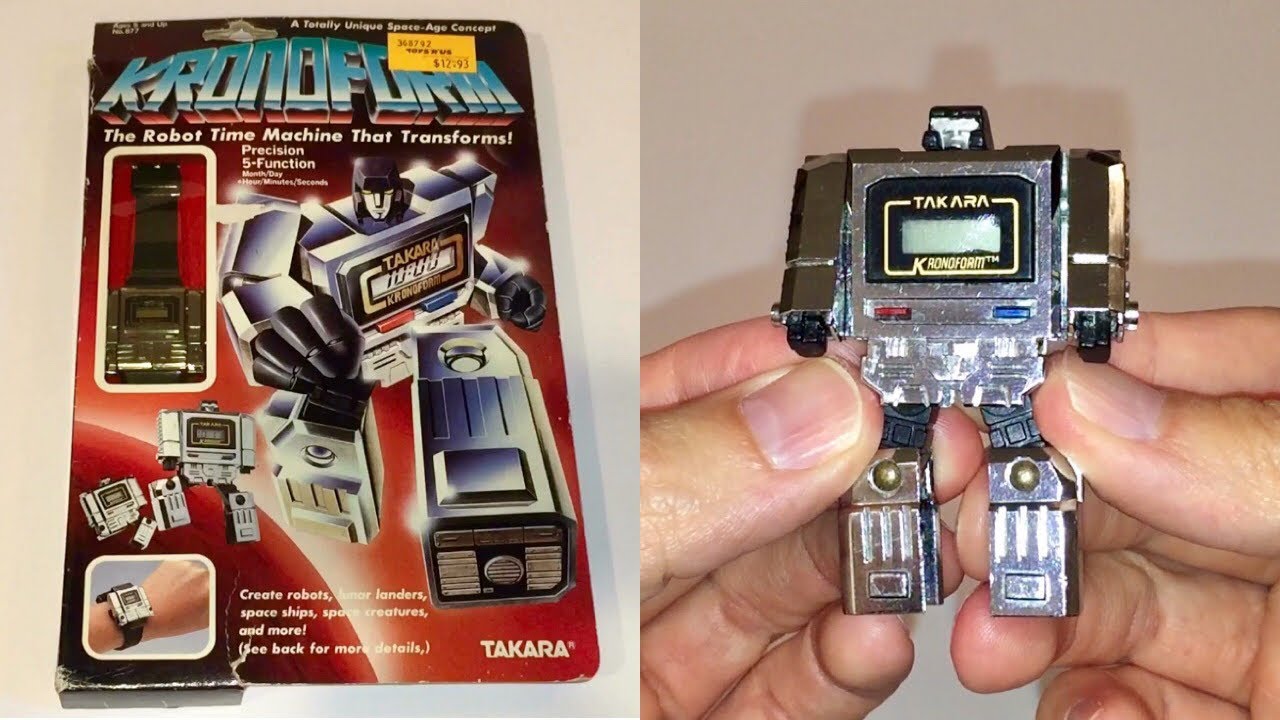 Takara merged with rival Japanese toy company Tomy in 2006, and the companies combined are now known as Takara-Tomy.  As for Kronoform, the line was considered to be unsuccessful, and the watches were discontinued by 1986.

Pretty sure having a toy gun strapped to your wrist, a realistic-looking one at that – probably didn’t help.

Not since the Time Ring has a timepiece attempted to be something so much more.

I’ll stick to my giant plush elephant timepiece, thank you very much.