Let’s close out defunct retail month on Do You Remember Tuesdays with something not on the east coast, and not something I’m not personally vested in nostalgia for.  However, it is a retailer I’ve heard of, if only through watching commercials from Chicago-area broadcasts of the past (thanks Fuzzy Memories!)

First Up (And Previously) On Allison’s Written Words…

Before I begin this trip down memory lane, two things:

If you haven’t already joined us for defunct retail month, do get caught up!  Previously, we’ve looked at:

As I said, today is a little treat from the Chicagoland area (for those of you in Chicago and the vicinity!), and it is a store whose training video I came across several years back.  It prompted my need to find out more (so much more!) about this store and its history.

Anyway, we’re on our way to Chicago, where life began as a catalog retailer, became a department store, then left this world, only to be reborn as the very humble beginnings it started out as.

The Story of Montgomery Ward

Montgomery Ward began its life in 1872 as a catalog meant to tap into the rural communities as a mail-order dry goods business.

Aaron Montgomery Ward, a travelling salesman, observed that customers in rural areas wanted “city” goods, but their only source were rural retailers who had little competition and no guarantee of quality. Montgomery Ward’s first serious competition (which would follow it through the long life of both companies) was Sears, who also started as a mail-order catalog company.

Aaron Montgomery Ward passed away in 1913, with the company’s president, William C. Thorne, passing away a few years later. Thorne’s father, Robert J. Thorne, took over for his son, but retired in 1920 citing health reasons.  This, however, did not doom the store at all.  In fact, it only kept growing.  Montgomery Ward opened its first brick-and-mortar location in Indiana in 1926, and by 1929, Montgomery Ward had grown to 541 locations.

In 1939, staff copywriter Robert L. May created the character and story of Rudolph the Red-Nosed Reindeer as part of a Christmas promotional campaign.  Six million copies of the storybook were distributed, and in 1946, the character was made popular through the well-known Gene Autry song.

Montgomery Ward was slow to expand in the post-World War II era, but by the 1960s, had begun to do so again, and in 1973, they purchased Miami-based discount retailer Jefferson Stores.  This helped expand the Montgomery Ward name into the north and southeastern United States, renaming those stores Jefferson Ward.

By 1985, however, Jefferson Ward turned into a drain on Montgomery Ward’s profits, and the eighteen stores in the northern tier of the country were sold to Bradlees, while the remaining stores closed.  Also in 1985, figuring that the catalog model would no longer be sustainable, that division of Montgomery Ward shut down.  It would re-enter that business briefly in the 90s, licensing that end to Fingerhut, but it was short-lived.

(That news tease at the end of the clip has a tinge of irony to it, don’t you think?)

Again, nothing slowed Montgomery Ward down…at least, not yet.  By 1987, two years after the end of Jefferson Ward, Montgomery Ward expanded into the lucrative consumer electronics market with their “Electric Ave.”, shifting from a predominantly private label setup to selling all the top brands.  By the mid-1990s, sales margins erroded in Montgomery Ward’s appliance and electronics sales, which were traditionally their strongest lines.

By the mid-1990s, Montgomery Ward and its competitors began to lose ground to new competition moving into their regions – Target, Wal-Mart, and K-Mart moved on in, and the company suffered as a result.  In 1997, Montgomery Ward filed for Chapter 11 bankruptcy, and this was only the beginning of the end.

Despite emerging from Chapter 11 in August 1999, with GE Capital as its wholly-owned subsidiary (yes, the company that promises they “bring good things to life” – so much irony in this company’s history, don’t you think?),  and 100 locations in 30 states were closed.  The company was rebranded to Wards (not related to the original name of Circuit City), but by late 2000, it was clear Montgomery Wards / Wards was reaching the end of its life.

On December 28, 2000 (two days after Bradlees, which makes this even more sad), Montgomery Wards filed for Chapter 7 bankruptcy liquidation, thus ceasing operations of all 250 of its stores.

It was the largest Chapter 7 filing in retail history, only to be rivaled by Circuit City in 2009, and Toys R Us in 2018.

Return to Roots (The Digital Way)

Montgomery Ward as a store may be gone, but its catalog roots live on through its website, which launched on September 10, 2008.  The main offices for this current operation are in Monroe, Wisconsin. 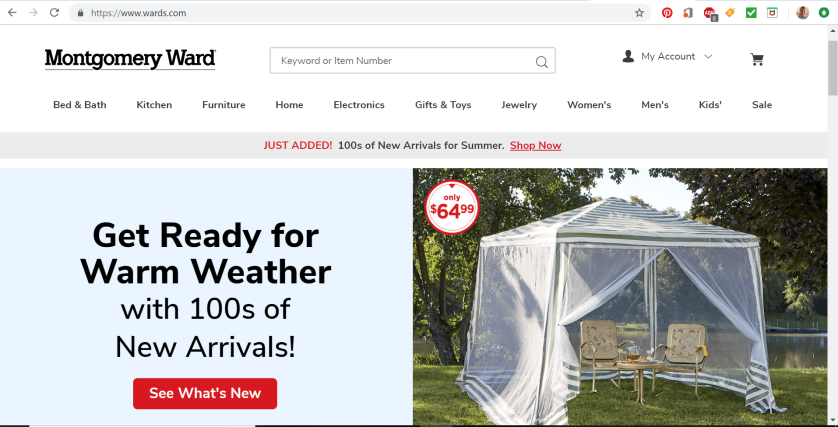 And of course, Jake Williams of Bright Sun Films (whose videos I’ve referenced a few times previously), covered Montgomery Ward.  His series is stellar, and his visuals are great.  Definitely worth a watch!

Personal Nostalgia…Of Which I’m Not Rooted In

Of the stores I looked at this month, and of all the nostalgia I’ve covered each week since the beginning of 2019, this is the one thing (aside from Intellivision’s PlayCable) that I don’t have a deep-rooted nostalgic connection to.  However, I am familiar with Montgomery Ward through advertising, and the name itself is one I’ve heard of in the past.  Jefferson Ward had locations in my state (some within an hour’s drive from where I live), but they closed in 1985.

After I saw the infamous loss prevention training video (more on that shortly), I read up on the history of Montgomery Ward (I was on medical leave at the time, so yeah, captive audience!) and looked at some print ads.  It falls on and off my radar once in a while, hence, it popped back in my head and became something to talk about.

Now, about that training video…

In 1997, Montgomery Ward produced a loss prevention training video, and it is everything mid 1990s and training video materialesque you could ask for!

Andy is Montgomery Ward’s Loss Prevention Specialist for this particular store, and he is teaching his co-workers about the various aspects of loss prevention and prevention of theft.

There’s also a guy with sideburns and suspenders you really need to see!

Because we couldn’t possibly close out without a trip into the commercial archives, I put together this playlist of the ones I was able to find!  It is a pretty bang-up collection!

Uploads via the amazing people of YouTubeLand

Look for cameos by Scottie Pippen and Mike Ditka (whom I met when he played in a local Pro-Am golf tournament in four years in a row)! 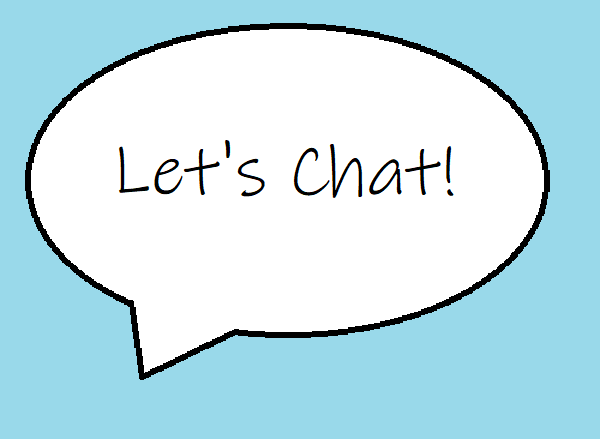 So, as I said, I don’t have any nostalgic personal stake in Montgomery Ward, so that is where you come in!

Did you ever shop at Montgomery Ward (or its later incarnation, Ward?  Have you ever used its current website, or shopped from its catalog?  Please tell me your stories, and if you know someone who can contribute some information about the store or any aspect of it, please send them this way!