Compact-concept style/”take along toys” month continues with a toyline based around a simple concept, with a tie-in to last week’s featured toyline: if Polly Pocket were a boy, and spiders, Frankenstein, and various other baddies existed in her world, she would be Mighty Max.

I know that sounds a bit strange, but follow me on this one: Polly Pocket inspired a toyline geared at boys.  But it had the further distinction of inspiring a cartoon based on the toyline, and not the other way around.  Yes, Polly Pocket has had cartoons, but Mighty Max had one in the prime of its toy life.

Stick around, and you’ll find out more!

By 1992, the miniature toy phenomenon was well underway.  A girl named Polly Pocket had adventures inside of a souped-up compact-style case.

Including a water slide built for excitement!

In response to this exciting (and very discreet) type of toy phenomenon came Mighty Max, a boy with a baseball cap and a compact case full of adventure.

He didn’t have a water slide.

Stop with the disappointment.  I promise this will be interesting!

Anyway, Mighty Max was created by Bluebird Toys, the company behind Polly Pocket, with distribution in the United States under Mattel.  The first toys were rolled out in 1992, and the cases were shaped like “boy stuff” – skulls, Frankenstein, monsters, your brain if it were plastic…

Just kidding.  It’s a representation of a brain, not your brain!

It’s what you want your brain to look like!

…and inside was a whole world of adventure, ripe for Mighty Max to save the day!

The original toyline originally consisted of “Doom Zones” and “Horror Heads.”  The “Doom Zone” sets were small playsets, with the “Horror Heads” being the more compact, Polly Pocket-esque toys.  There would be many more sets and tie-in merchandise released over Mighty Max’s lifespan (more on that later!).

Max himself is a blonde-haired boy with a backstory, all involving the time he put his cap upon his head and declared “I AM MIGHTY MAX!” 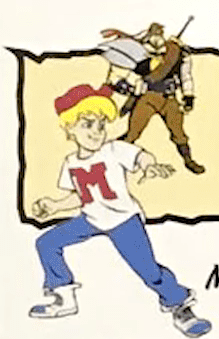 Well, not really, but amazing adventures were bestowed upon him once he placed the magic cap upon his head!

As the toyline moved in 1993, the world of Mighty Max expanded on to the small screen! 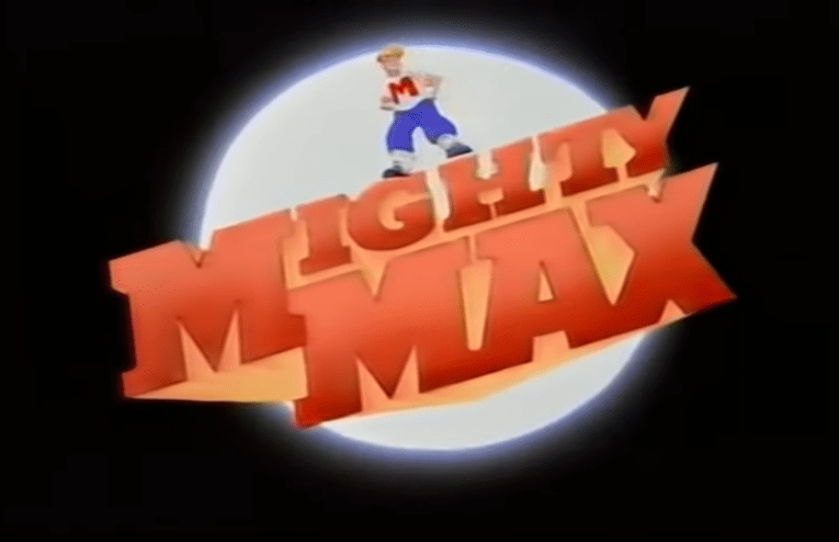 1993 heralded in an animated world for Mighty Max, with Film Roman producing a 40-episode animated series, The Adventures of Mighty Max.

And, of course, a retconned backstory!

I’m sure it had something to do with selling toys, don’t you think? 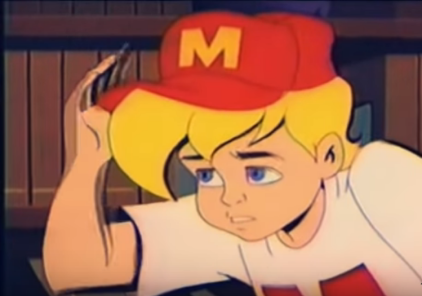 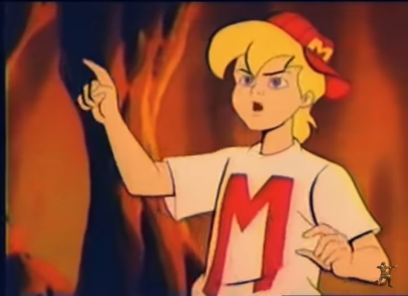 The Adventures of Mighty Max aired between September 1993 and December 1994, and had Max, joined by his Protectors on his adventures to save the world from Skullmaster and various other antagonists!  On his adventures, he is tasked with protecting his cap throughout his adventures.

While most plots were lighthearted and comical, the more violent aspects of the series were considered excessive by some.  In the final episode, Virgil and Norman, Max’s protectors, are killed, and Max travels in time back to the events of the first episode, determined to put things right after reading the modified version of Virgil’s letter. 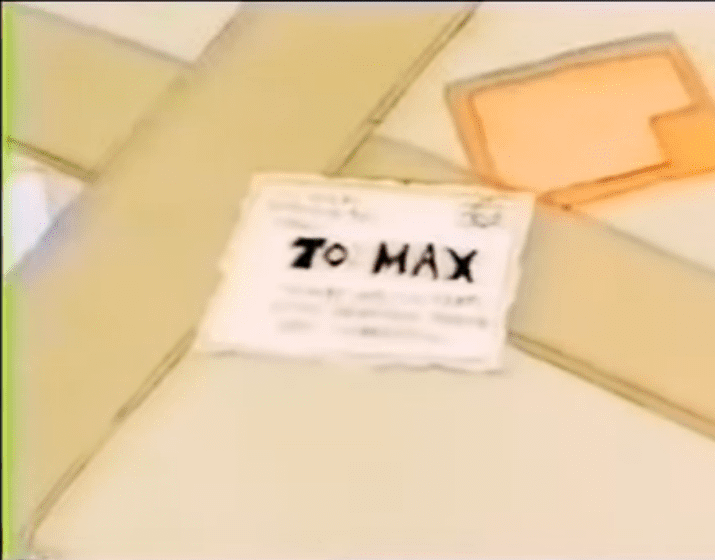 Now that is a hero!

The toyline is divided up into several categories, with the most well-known being Doom Zones and Horror Heads, with three series of Doom Zones, and two series of Horror Heads.  Doom Zones were the medium-sized sets, and the most recognizable of the toyline.  Horror Heads were smaller versions of these sets, with Monster Heads that were even smaller than these sets.

An accessory-type series, Dread Heads, were released as bonuses with Doom Zone playsets.  Shrunken Head sets were based on episodes of the cartoon and original creatures.  Battle Warriors (figures that transformed into playsets, larger playsets, and and Heroes and Villains rounded out the toyline.

Max also appeared in two handheld video games (one by Systema, the other – you guessed it – by Tiger Electronics), as well as a Sega Genesis/Super Nintendo game (the Sega Genesis/Mega Drive version is on Classic Reload), puzzles, coloring books, watches, clocks, sticker sets, card games, board games, and pencil sets.

Wikipedia has a pretty extensive list of the entire toyline, and even though this list is considered incomplete, it feels extensive to me.

(No, this is not the name of a playset or episode).

In 1996, Mighty Max’s adventures ended, and in 1998, its manufacturer, Bluebird Toys (they were discussed in last week’s Polly Pocket article), was merged into Mattel.  The miniature playset market, once saturated with Max, Polly, and numerous other licensed properties joining the bandwagon, dwindled in popularity by 1998, when even the popular Polly Pocket was discontinued in its original miniature playset form.

Video – The Backwards History of Mighty Max: From Toyline To Cartoon To Discarded

In July 2019, YouTube channel Toy Galaxy’s Dan Larson discussed the history of Mighty Max, from his start as a Boy Polly Pocket, through his cartoon, to his eventual end.  Dan’s delivery, as well as the content, is fun and interesting. I’ve watched this one twice (including yesterday for “research” purposes).

Did Allison Know Anything About Mighty Max?

Short answer: yes.  However, I (nor my brother) owned any Mighty Max toys (I’m still unsure if I owned anything Polly Pocket), nor did I ever play with these.  I don’t even think my brother’s friends or my male cousins owned Mighty Max toys.  I vaguely remember the cartoon.  I would have been 10-11 years old when it was on, but I may have watched it at some point.

The real surprise behind Mighty Max was its ability to skirt around the Children’s Television Act, which aimed to prevent “30-minute toy commercials” disguised as children’s programming (remember, the toy came first), and limit the amount of commercials during children’s programming to twelve minutes.  The educational component used at the end of each episode is nothing new or novel – it had been done during cartoons in the 1980s to secure that “educational” factor (the Public Service Announcements featured at the end of GI Joe: A Real American Hero also fell into that “educating the children” factor).

I just found out over the weekend that the local toy store in my town acquired an impressive collection of Mighty Max toys, including some rare ones, as well as variants from the United Kingdom (see their eBay listing for Mighty Max toys).

Perhaps, like Polly Pocket, Max and his adventures will make a “what’s old is new again” comeback?  Time will tell if the Collective of Likely Forgotten Nostalgia (not an actual organization, just a stream of consciousness and aspect of memory) will release Mighty Max back into the public’s eye?

Did you own anything Mighty Max, or watch his cartoon?  Sound off in the comments below, or be social on social media!  As always, I’d love to hear your stories and memories!

Next week, we continue with the compact-concept style/”take along toys” theme, with another portable and discreet toy from about the same era of nostalgia.

Until then, have a great day!