Do You Remember Tuesdays kicks off cable/pay television month – four weeks, four stories of television’s past.  Some of it interesting, some of it staked in personal nostalgia.

Today’s entry into this month is the former, and not the latter, though I wish I had firsthand knowledge of this service and how it worked.

But hey, I had Sega Channel, so I’m happy.  And that actually worked as a service, which is the least I can say about today’s television entry, which trips the line of cable television, but was actually a pay television channel.

Tele1st (not Telefirst) was a subscription-based service launched on January 17, 1984 in Chicago, Illinois.  Presumably, this was the test market.

It was one in a series of subscription-based services, meant to provide a mix of movies and lifestyle-type programming during the overnight hours six nights per week.  Programming began at 2 am CST (after WLS, Chicago’s ABC station, signed off), and ran until 6 am CST.  The programming block was $25.95 a month, with $2 being deducted for each movie you don’t record.  Oh, and you only could watch four movies a month, and had to pick them advance.

The programming promised was movies just leaving theaters (more on that shortly), children’s programming, and other types of programming each night throughout the month. 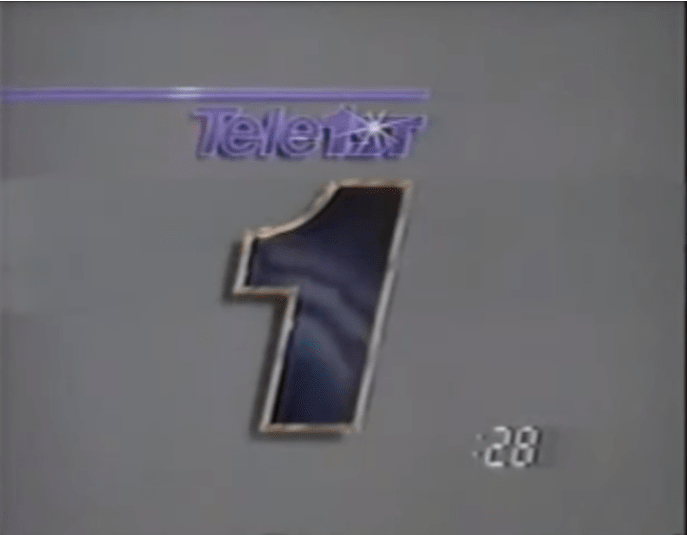 The service was created with the concept of allowing people to record programming for later viewing, with the signal from the decoder box only being unencrypted by way of a VCR.

In order to record the programming, the VCR needed to be set to record before and after the time block.

And in case you needed prompting, this always helped….

Such futuristic music, and that title spinning toward you!  I’m hooked, how does the service work?  The explanation of how to operate the Tele1st box actually reminds me of the Action Max calibration segment.

This commercial (from February 1984) tries to explain it to you, sans technological stuff.

Upload via The Museum of Classic Chicago Television

This all sounds great, and it seems like something people would have jumped on in the new-fangled world of VCR recording, right?

Scrambling codes that were sent to the subscription boxes were changed monthly, which made the VHS you recorded on during the previous month an unwatchable, glitchy mess. 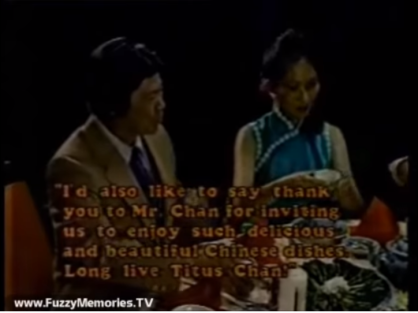 From Titus Chan’s Taste of China

Take for example, the famous pool scene from Fast Times At Ridgemont High…

Upload via The Museum of Classic Chicago Television

And if you needed to rewind your tape, the descrambler box needed time to catch up, leaving even your new recording a little messed up.

Hope you have a little bit of time to wait, and I also hope you don’t miss what you were looking for!

If you tried to watch the recordings outside of the month you recorded the movie (for example, this was filmed in June 1984), this is what would happen.  The picture and sound quality would sound like this. It’s pleasant, right?  Who wouldn’t want to watch a movie when it looks like this!

And then there was the promised programming.  Yes, the service showed movies, but some of them were commercial failures that the movie studios were attempting to recoup losses on.  As for those “lifestyle” programs, well…

So, not a very exciting service, or at least, not what the commercial promised us.

And that, inevitably, lead to…

Tele1st peaked at 4000 subscribers in this (I’m assuming) test market of Chicago, leading to the service ending on June 30, 1984, 5 1/2 months after its launch.  This was pretty much the beginning of the end for similar services like Tele1st, such as ON TV, Spectrum, Z Channel (ceased broadcasting services in 1989), Preview, Wometco Home Theater, and SelecTV, which actually hung in there until 1991.  The others began closing between 1984 and 1986.

I’ll have to check out some of these other services in depth (I have a full month with this theme), but Tele1st seemed to be the biggest failure of the bunch, which made it prime for discussion.

And on that note…

Do you remember Tele1st, or perhaps know someone who does? The limited surviving footage makes this one a bit difficult to research, or possibly remember, but someone out there definitely has to have some memory of the service!  Share your memories, comments, and stories.  You know I love to hear from you!

Next week, another story of cable/pay television month, but until then, have a great day!

Unlike Tele1st programming, this article will be readable past April 2019.