It’s live…if you want it to be.

I loved the videocassette as a video format.  I was fourteen years old when I got my first VCR (I’m only on my second one, the OG started to decline in 2017), but I’d had one in my house consistently since I was three years old.  Even when I got my first DVD player in 2003, I still used my VCR, even if it was for recording purposes.  Later on, it was part of my dubbing station, working in concert with my DVD recorder.  Today, I use my VCR (the one my parents had but never used) with my Hauppauge PVR Pass-through to do all my transfers digitally, no disks (or tapes) needed.  I do miss the days of of recording to videos and DVDs, but it is nice to be space efficient and have everything in one place.

When I needed blank cassettes for recording, I wasn’t picky with brands.  I liked Sony, TDK, Maxell, and today’s featured brand of videocassette.  Like I said, not picky at all.

This commercial takes place in 1986, and it is a harrowing love story.

The story of a guy… And she’s lost him. 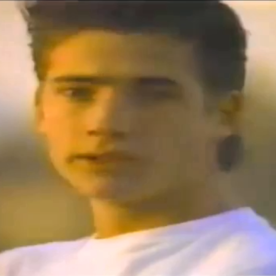 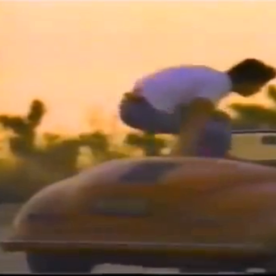 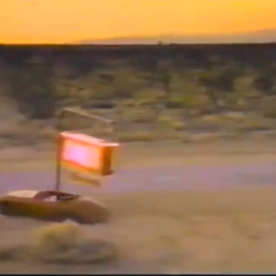 Oh, so it was…videocassette all along? Memorex had a memorable campaign in the 1970s and 1980s, asking viewers/listeners if it (what they’re watching or listening to) was real, or Memorex. The company itself had been around since 1961, beginning with manufacturing  computer tape and expanding to become both a consumer media supplier and a major IBM plug compatible peripheral supplier.  By 1996, Memorex was broken up and became a consumer electronics brand.  Imation acquired the brand in 2006, and in 2016, sold the Memorex trademark and two associated licenses to DPI Inc.

The brand and its products still exist today, stocked in electronics sections and stores and selling products at decent prices.  I’ve used their DVD-R discs and CD cases in more recent years, and the products hold up well.

The quality still sounds/looks live.  As it should.

And there you have it – videocassette of the highest quality (so advertising says) that makes you doubt it is a video at all.

Fuji may show heroes as true blue (and every other color, as George Carlin puts it), and Kodak may capture all the memories (of the way we were), but Memorex makes you believe something is live.

Tomorrow, more from the time of VCR recordings.  Until then, have a great Throwback Thursday!