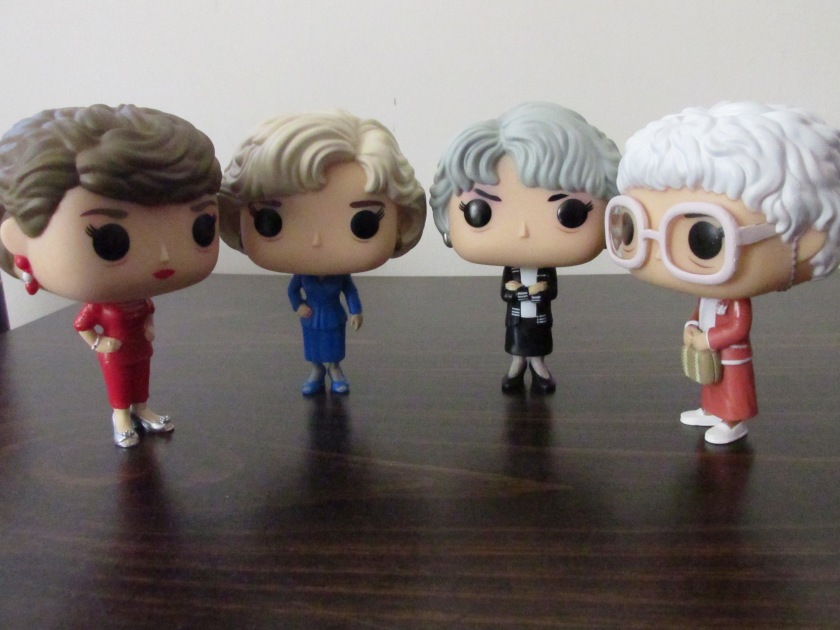 My boyfriend was so afraid I’d get these on my own, he ordered them from Amazon and gave them to me 11 days early.

As most of you already know about me, I love collecting Funko Pop toys, but I don’t have a massive collection like most.  My collection is all about “the essentials” – favorite superheroes (Thor, Hawkeye, Captain America, Ant Man, BB-8)) and childhood memories (She-Ra, Michelangelo).  I also have an Eli Manning Funko Pop (because football love), and a Sharknado one (because bad movies).  I have two Chris Hemsworth characters (Thor and Kevin from Ghostbusters, because reasons that you know about).  I even have a Jason Bateman one (Michael Bluth from Arrested Development, again, because reasons that you know about).

Considering my eclectic mix of characters, you’d probably figure The Golden Girls would be an odd addition, but I’ve been a fan of the ladies from Miami since I was three years old.  It’s something I’ve watched my entire life, and as long as there are reruns, I’ll still watch them.  Interests have come and gone in my life, but those girls are one that I’ve held dear for many years.

One thing I do with my Funko Pops that get the hackles of many in a rise is removing mine from their boxes.  Everyone tells me they’ll be worth something, and I’m crazy for unboxing them.  For me, these are my “toys,” and I like to be able to display them.  I don’t plan to sell them, so why keep them cooped up, especially when space is limited…and you can have fun with them?

First, I unboxed the girls…

My homegirl and spirit animal.  Like Dorothy, I had a string of bad relationships before I truly met the only guy who swept me off my feet in the greatest way possible.  Heck, he bought these for me, after all.  I’ve always liked Dorothy’s sarcasm, but I especially love how Dorothy looks perpetually angry, which is pretty much how Dorothy always looked. 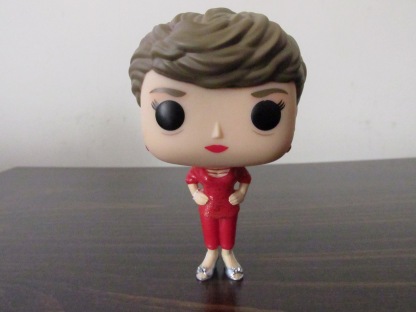 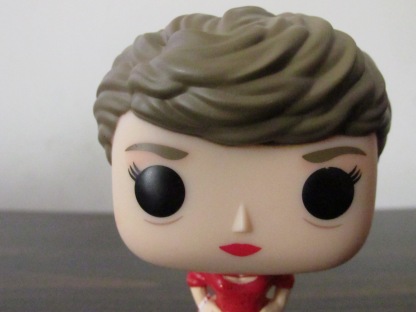 The fiery Southern Belle with so much pent-up sexuality she practically spends time on the prowl, this is about the closest non-living representation to the character than I could ever have imagined.  Even the outfit…I absolutely remember her wearing that red outfit!

Sweet, innocent, and naive as anything, I just absolutely love Rose’s Midwestern charm and perkiness.  This is probably the character most would think I identify with, but in reality, I’m a heck of a lot smarter, I don’t tell St. Olaf stories, and I’m not always perky with sunshine and rainbows following me everywhere.

I do love the detail on Rose, right down to her polished nails.  That is detail.

And did you notice that Rose and Dorothy have the exact same hair, just with the part reversed? 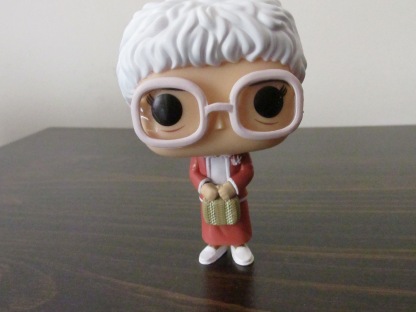 Dorothy’s old-world Italian mother, a feisty octogenarian in every sense.  This seemed to be the most popular of the bunch and the hardest to get in the stores I looked in.  I think everyone wanted Sophia for their grandma.  I particularly love the bug-eye glasses, which have little plastic lenses to boot.  And she’s even carrying that purse that never left her hand.  Sophia’s purse then is like everyone’s cell phones now. The head-tip seems curious, and reminds me of my She-Ra Funko, whose head also does the same thing. 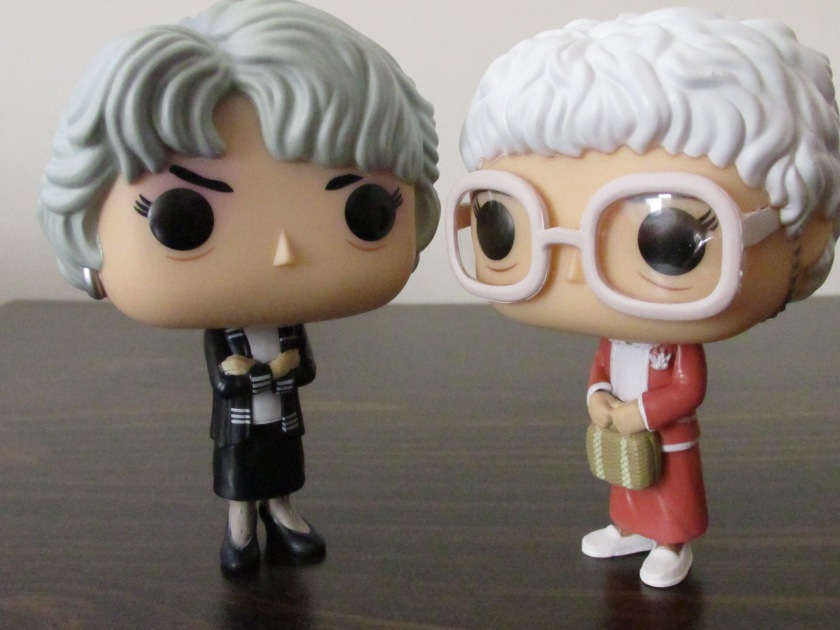 My aspiration is that me and my mother will have a relationship like Dorothy and Sophia when we get old.  May we get to be this old together, and may I not always look this mean!  #LifeGoals

Dorothy always had so many snide remarks and names for Rose.  She also hit her with a newspaper over the head a few times.  I didn’t have a newspaper handy, but this setup represents how I think a normal conversation between these ladies would be in every episode.

Everyone’s a slut or a weirdo in Sophia’s world.

The men simply love Blanche, and she loves a good superhero (can you blame her?).

But in the end, it is their contrasting personalities that make them family and the best of friends, and integral part of my “essentials” collection of Pops.