When social commitments keep you away from your television, set your VCR to HBO!

Disclaimer: This was originally featured on a Retroist article in 2015.  That article is no longer available, hence its inclusion on Throwback Thursday.

When I used to record programs and movies on my VCR (and later on my DVD recorder), I would set the program timer, just so I wouldn’t forget to record something.  Most of the time, I recorded shows that were on during the school day, or Saturday Night Live episodes and specials.  I would set the timer about a minute or two before, and let it run about two minutes late.  It is a habit I learned from the recordings my parents made – you never missed any of what you recorded, but you always had a little bit tacked on at the beginning and end.  I was also worried about missing something, or parts of somethings.

Today’s Throwback Thursday, and tomorrow’s Flashback Friday, have a little bit tacked on to the intended recordings.  Both tapes are from 1986, and both were made by my parents, and were both recorded on HBO.

Today’s video is from March 29, 1986 (date verified and confirmed by Internet Movie Database), the evening of the first Comic Relief special.  These were always special – comedians coming together to entertain and raise money for a situation that is anything but funny – homelessness.  We had HBO growing up, and I’ve seen quite a few of these over the years.

I know this was from that year’s Comic Relief only because of the “Next on HBO” announcement, which came after what my parents actually meant to record.  This came from a recording of Bill Cosby: Himself.  My parents started the recording at the very beginning, but left a few minutes on the end.

Immediately after the end of the special…

I can’t believe my parents didn’t record this!

There’s a promo for the news…sort of. 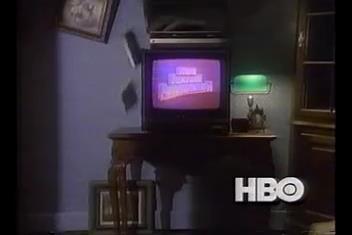 But only a few seconds, because the video cuts off.

There’s awesome 80s graphics, a few laughs, and Henry Winkler.  What’s not to love about this?

I’m still really surprised my parents didn’t record Comic Relief.   I’m betting they watched it, but I feel like they recorded everything back in the mid-1980s.  This was our first family VCR and we have a bunch of recordings to prove it!

Take for instance, tomorrow’s Flashback Friday video from the archives.  This was an instance where the extras – the good stuff – was tacked on at the beginning of the recording!