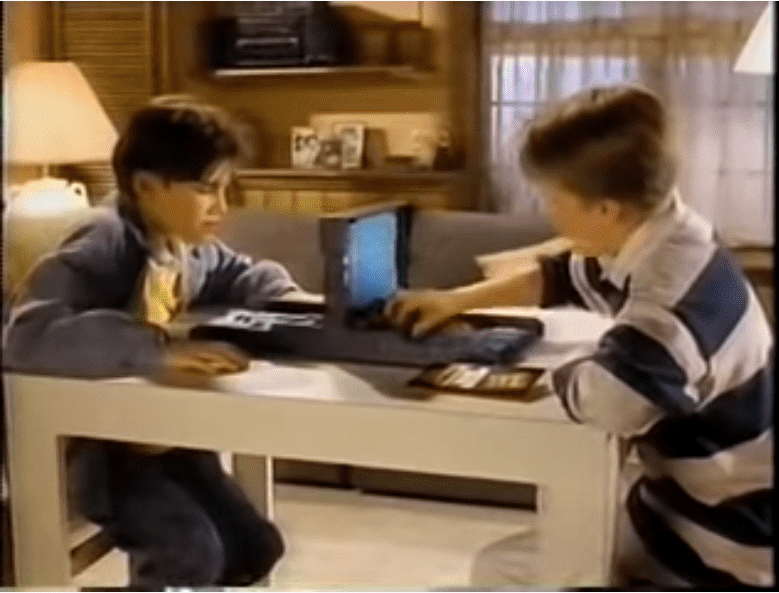 No, but you sunk my carrier, which takes more hits!

Board Game Month is ongoing!

We started off the month guessing the identity of a person on our card holder, then went on a shopping spree with our fake credit cards (which never produced real bills, which is a fantasy 100% of us have, wouldn’t you agree?).  This week, we move from guessing identities and purchasing every item on the best shopping list ever, to strategically guessing where your opponent’s giant sea-faring vessel is parked, so you can do away with it.

From Pad and Pencil To Plastic and Talking

Though Battleship has been played time and again since 1930s, originally as a pad and pencil game, later as a plastic board game by Milton Bradley in 1967, and then as an electronic game in 1977, but it was 1989 when the game combined electronics…with a voice.

Electronic Talking Battleship was introduced to board game players in 1989, a successor to the Electronic version.

Upload via The Toys Channel

It also had the features of Electronic Battleship – missile sounds, as well as sounds of a target being hit.

Electronic Talking Battleship also had one other feature, which I’ll get into later, only because it was part of a childhood memory that had nothing to do with any actual gameplay.

The game, despite release in 1989, had several commercials during its lifespan (the one featured earlier was from 1996-1997, and yes, I remember that version).  I think this was the first one I remember seeing, which was why I thought the game actually came out in the early 1990s:

What were these kids running from to get to their all-important, high-stakes game of Electronic Talking Battleship?  (Thanks uploader Tyler for that observation in the video description – it is rooted in truth).

This seemed to be a trend in advertising for board games – kids running into a room from something else they were doing…to play a board game.  Like, what did they drop to do this?  My board gaming experience – heck, my video gaming experience – was not at all like what was seen in Milton Bradley commercials.  We walked into the room.  Sometimes, we just played them in my room, on the floor, steps from the closet where we kept the board games, Legos, and (a few years earlier) My Little Pony toys.

As for the video gaming experience – we just walked into the room, but a different one.  We kept the Nintendo in my brother’s room.

In all, this seemed like a natural (and good ) successor to traditional Battleship, even if the voice sounded like “Battleship…hit.  Press letter…number…fire…”

So What Was That Memory…and Did Allison Play Electronic Talking Battleship?

So yes, you heard that story right.  If you don’t press buttons or stop playing the game altogether, this happens.

This was terrifying as a kid!  It was one thing if you left it sitting out and walked away from it, but to just start doing that while it sat in the closet – at night – when it hadn’t even been played with.  Not cool, it was totally unsettling, especially for a ten-year-old that knew what “Taps” represented.

It actually made me shudder while I was recording that quick clip!

Did you ever play Electronic Talking Battleship, or the original electronic version?  Did you notice any actual difference in play?  Which version did you like better?

Sound off in the comments below, or be social on social media!

Board Game Month continues next week with another game of skill and beat-the-clock pressure, without added sound effects and the threat of “Taps,” though it did have a different feature meant to startle.

Find out what game I’m talking about next week!