The force is strong in the galaxy that Star Wars merchandise tie-ins exists within.  As we continue to celebrate May the Fourth/Star Wars Day, I found a few more commercials in my collection to commemorate the day (none of which involve breakfast cereal – I left that to yesterday’s offering).  All different toys, all from Kenner, and all from The Empire Strikes Back and Return of the Jedi.

Included in this block…

Have Ewok Adventures with Wickett W. Warrick and Princess Kneesaa!

Neighborhood kids the Ewoks and their owners are trying to outrun sold separately.

The Cloud Car is open to allowing girls to play as Princess Leia, yet Lando is played by a white kid. 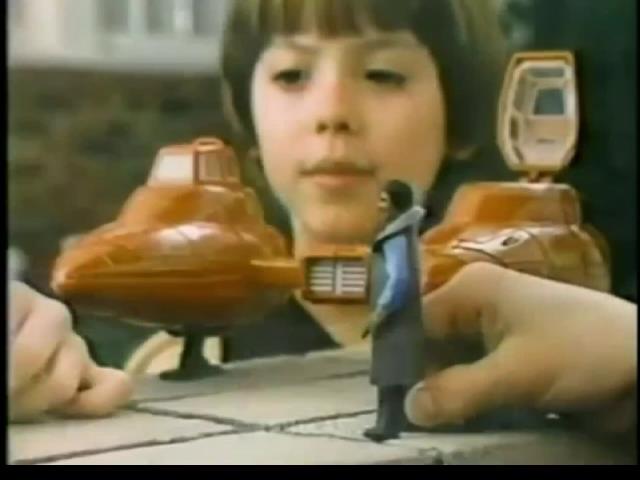 And the Millennium Falcon!

Because need I say more?

Click play, and witness the awesomeness of these toys!

Kenner produced the Star Wars line of toys beginning in 1976, and keeping the line going until 1985.  The Mego Corporation rejected the license to produce the toys, opening the door for Kenner to take on the line of action figures, playsets, and vehicles.

Kenner was acquired by Tonka in 1987, and both companies were acquired by Hasbro in 1991.  By 2000, Kenner’s product lines were folded into Hasbro, and with its Cincinnati offices closed, was officially closed for good.

Today, Star Wars toys are produced by Hasbro, and are packaged similarly to the original Kenner figures, and have been released in several waves, while maintaining their original look and screen-accurate likeness.

But the one thing the current toys lack: the look of these classic commercials and “From Kenner!” being announced at the end of each commercial.  And that music…wow!  Forget the force, the advertising dollars were strong with this toyline.

And as we move on toward the weekend, I say this: may the force be with you as you consume the breakfast cereal and play with the toys from the galaxy far, far away.