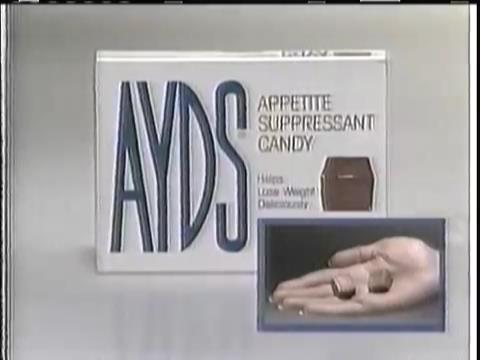 Stop laughing, this is a very serious…what is that product called?!

Diet supplements go back – way back – and have varying degrees of safety and results.  Like the humble caffeine pill (as featured yesterday), these types of products are safe when done in moderation and under close doctor supervision. 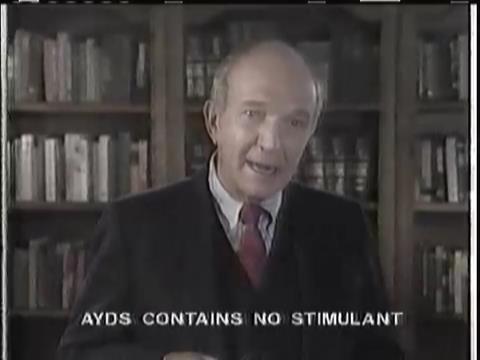 Of course, diet and exercise don’t always work, and that’s where supplements (supposedly, allegedly) come in. There are alternatives to taking any of these products, and by all means, if it works for you and is safe, then go for it.  Otherwise…go with diet and exercise.

Especially if you equate weight loss and gain with a yo-yo. 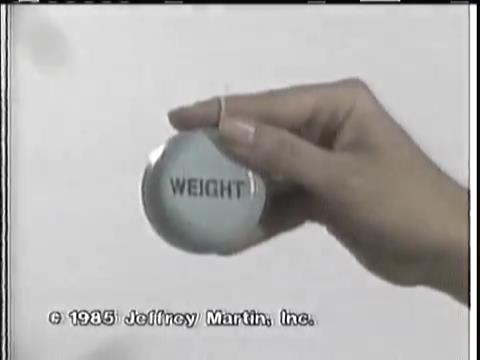 Today’s product (a commercial from 1985) falls into the diet supplement category, but that’s not the worst quality of it.  The worst quality is its name, which manages to illicit a few giggles.

Ok, you’ll just full out laugh at the absurdity of this product’s name.

I’m just going to throw it your way… 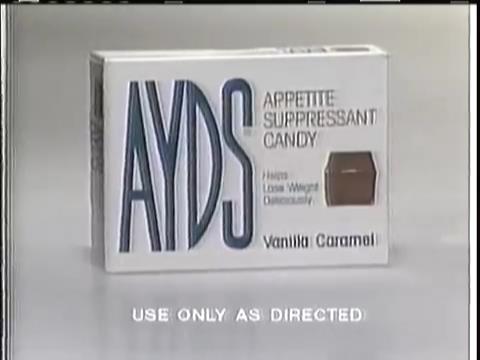 Ayds was a Appetite Suppressant Candy that enjoyed strong sales in the 1970s and 1980s, and came in chocolate, chocolate mint, butterscotch, and caramel flavors, and peanut butter.  Unfortunately, the product had the distinction of sharing a name with a pretty well-known, devastating disease that became pervasive in the early 1980s.  Unfortunately, this disease had the common thread of weight loss to a pretty severe degree.  The name alone was enough to sink Ayds as a product by the late 1980s, and it was withdrawn from the market. 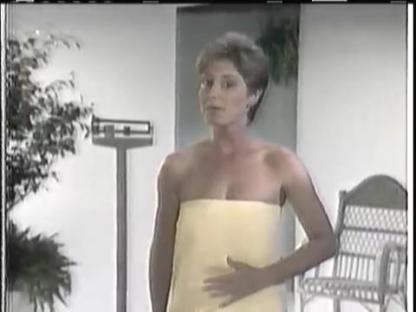 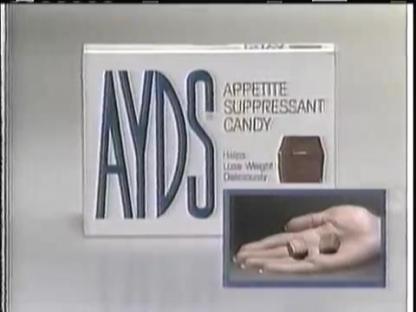 I don’t actually have today’s commercial in my collection (surprise, I know, right?), but wonderful YouTube channel Gareth Stearns does (thank you!).  All of them are equally cringe worthy and provide some awkward giggles, but this one just took it right over the top for me! 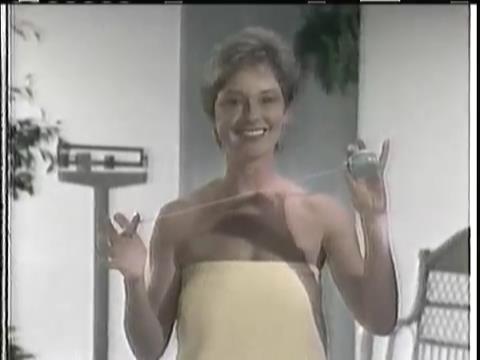 A candy that helps with weight loss is, in theory, the perfect diet assistance you could have.  When originally introduced to the market, Ayds contained benzocaine, which reduced the sense of taste, and in turn, reduced the appetite.  Later, this was changed to phenylpropanolamine, which is also a decongestant.

It really is unfortunate that this product had such a terrible name, because this is a supplement that people could really stick by in helping with weight loss.  It was reported in 1988 that sales had dropped by as much as 50% before a name change was warranted…to Diet Ayds.  Yes, because that helped.

I’m also sure this guy is not a doctor either.

All the Ayds commercials, as I said, are prime for awkward laughing and cringe-worthiness.  And I’m pretty sure we all laughed long before the Nostalgia Critic got his hands on Ayds.

Peanut Butter Ayds sounded delicious until you realized there was no deliciousness to be had, just complete shock that this name held on as long as it did.

From a purely nostalgic standpoint, it is interesting to see how diet supplements, at one time, could come as candy.  And how its reputation (I bet it helped the people who tried it), could be tarnished by an unfortunate coincidence.

Before we wrap up today’s Flashback Friday, how about a few more commercials?

So, we’re 1-1 this week.  But the only reason we are is because of name recognition alone.

On that note, try to have a fantastic Flashback Friday, and a great weekend!