Because Throwback Thursday tries so hard to bring a smile to your face!

Or put a song in your heart.  Throwback Thursday is not choosey, you know.

Here we are, the final Throwback Thursday of 2018 that won’t focus on Christmas stuff.  I’m making my list, checking it twice, and I’m putting together a nice grouping of Christmas-themed commercials for the month of December.

But if you want to be super technical about Christmas stuff, both today and tomorrow’s commercials came from a Thanksgiving Day parade recording that was full of Christmas commercials.

Anyways, let’s travel back to 1991, and a gimmick known as the “board game that requires you to know music, but doesn’t actually require singing talent.”  It doesn’t stop today’s spokespersons, and it won’t stop tomorrow’s spokespersons.

That said, meet the Schmikler Sisters!  No, they’re not a real singing group, but don’t tell these 1960s-haired whitebread Supremes wannabes. 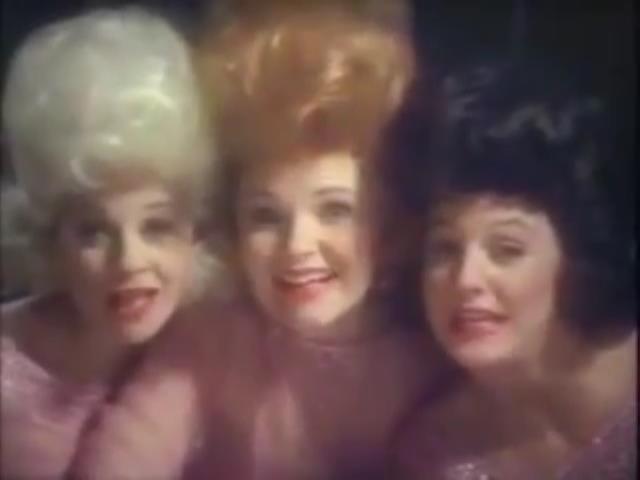 Remember Miss Yavonne from Pee Wee’s Playhouse? Think of these ladies as that times three and far more overkill. 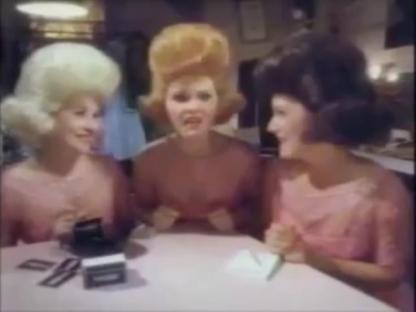 After they perform for their adoring fans, they like to kick back with a relaxing game of Tiger Games’ NoteAbility, which requires players to sing a song based on a few notes played on the world’s smallest piano.

It’s the sequel to the proverbial world’s smallest violin the world has been waiting for!

Would you like to see exactly how this game is played?  By all means, click play and find out!

NoteAbility includes a small, battery-operated grand piano to tap out the number-coded notes on.  The game requires no musical ability to play, which I’m sure must have made for some interesting early 1990s game nights.

Heck, it would make the ones we have interesting.

NoteAbility was the creation of Tiger Games (part of Tiger Electronics), and was available as a game for the adults (ok, 12 and up), as well as the children (6 and up), and was for 3-6 players.  I don’t have much information on how long this game was on the market, but I’m sure it wasn’t a one-year wonder (get it? One Year Wonder?).  The playability (and re-playability) is certainly there, but not sure how appealing this game would be to the younger players trying out the non-kids version, since they may not know the songs.  But, with 600 songs in all (300 in the kids’ version), perhaps they have a shot at winning.

And there you have it, a singing game that doesn’t actually require the ability to sing.  It’s like the shower, but more public.

Tomorrow, we’ll look at another sing-the-song game released the same year.  Does it have the same playability?  We shall see how three new players fare in the singing games war of 1991!

The Schmikler Sisters will not be back tomorrow, but we wish them all the best.