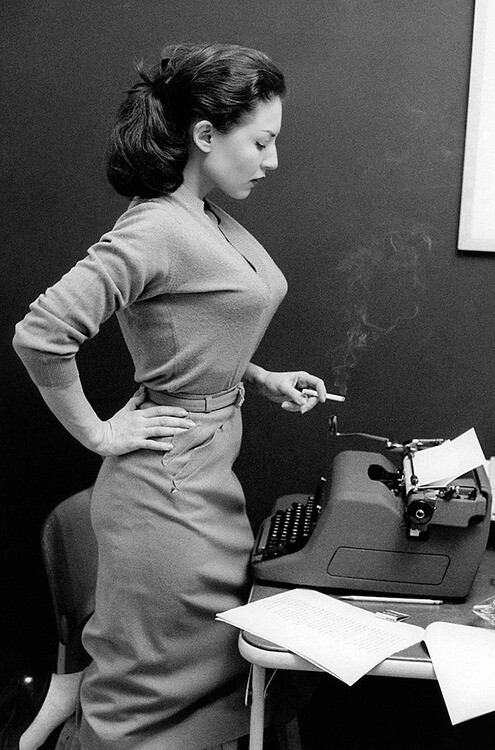 The title sounds bizarre in theory, but hear me out, you’ll be surprised!

No lie, I do have a co-worker who refers to me as such, because he thinks of me as more than a Secretary.

Anyway, before the evolution of typing technology that made way for word processors and computers, the common method of input was the typewriter.

It’s a cool piece of office equipment whose keys have an ever-satisfying sound.  And don’t get me started on the “ding!” that requires resetting the carriage return.  Bu, did you know that this instrument had a place in making music?

“The Typewriter” is a piece of music composed by Leroy Anderson (he of another catchy tune, “The Syncopated Clock”) in 1950.  While it was completed in October 1950, the song was not published until 1953, when it was recorded on September 8, 1953 for Decca Records in New York City.

We learn something new every day, don’t we?

The song has been used in popular culture on many occasions – the Jerry Lewis film Who’s Minding the Store?, the BBC Radio 4 satire program The News Quiz (which has been around since 1977) uses the song as its theme, as has Israel Radio’s weekly news journal, and the German television comedy Buro, Buro (Office, Office). And if you like early 1990s cartoons, the song was incorporated into a 1993 Animaniacs segment, “Temporary Insanity” (Season 1, Episode 6), in which Yakko mimes the song on an imaginary typewriter.

The song is referred to as one of the wittiest and most clever pieces in the orchestral repetoire, and continues to be a favorite Anderson compostion.

And to think it is an outmoded piece of equipment!

Today, on Administrative Professionals Day, let’s give the typewriter its due, and listen to the song that proves one thing – anything can be a musical instrument!