You love books, and you love cartoons…but what if those books were read to you through a cartoon?

A Little History…And The Frog-Like Freaks

Care Bears had two syndicated specials prior to their first movie (and all the ones that followed) and their television series.  The specials, animated by Ottawa, Ontario’s Atkinson Film-Arts, were a tad on the dark side, with kinda ugly animation. 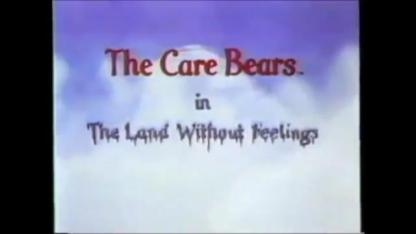 Kenner was unhappy with Atkinson Film-Arts’ work (despite the success of the two specials), and the result was shifting duties on any future Care Bears cartoons to rival Canadian studio Nelvana (they of the neon polar bear logo).

Nelvana is still around today, while Atkinson Film-Arts…well, the article I wrote about them says everything you need to know. 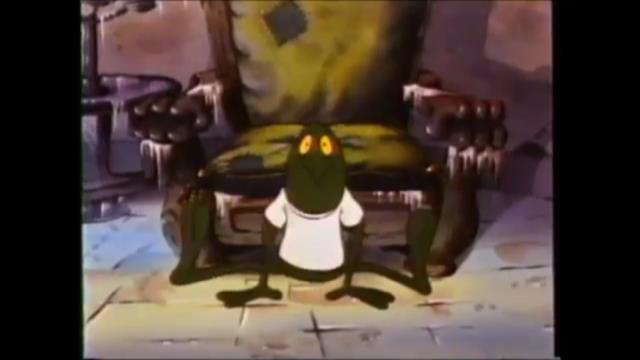 But within the subtext of that article is a 36-year-old who is still freaked out by that one part in The Land Without Feelings when Kevin is turned into one of Professor Coldheart’s green “frog-like freaks.”

But probably more than likely, this was the logo that appeared on those early Care Bears videos…

Family Home Entertainment was known for padding out their earliest home video releases with 1930s (read: public domain) Warner Bros. cartoons and previews, in an effort to up the running time on the video to 60 minutes.

I remember first discovering this while working at the video store and looking at the back of the clamshell box for A Family Circus Easter, but didn’t do any kind of research about it until much later.  In later re-releases of these early Family Home Entertainment videos (including these Care Bears videos), the padding material was removed, and replaced with bonus features from the tie-in Tales from the Care Bears books.

Tales From the Care Bears

Tales from the Care Bears were published by Parker Brothers in 1983 and 1984, and told stories of kids interacting with those colorful talking bears from the clouds.  The Land Without Feelings was even adapted into a book (however loosely, since the frog-like freaks element was completely removed – apparently nightmare fuel is best reserved for moving animation), but the rest were original stories.  The Care Bears Battle The Freeze Machine was released as a book as well prior to the special airing in syndication.

Eleven books were released in all (a twelfth book is a compilation of favorite bedtime stories, as chosen by the Care Bears, of course!), and the first two that were released, Sweet Dreams for Sally and The Witch Down the Street, got this special bonus feature treatment.

Over the next two Wednesdays, I’ll feature both of those stories!

They’re nothing special – still shots of the animation in the books, along with a narrator reading them.  But they’re super cute, and entertaining for children who couldn’t read.  For those of us who are far too old for the books, this is a nice trip back in time.  Think of it as an audio book with pictures!

The Care Bears will see you next week!