It was a night (ok, a Music Monday) like this, (not) forty million years ago…

I’ll just say this: if I had the opportunity to “walk the dinosaur,” I would take full advantage of that type of pet ownership.

Just not a T-Rex.  That sounds cool, but…no.

I’ve been writing articles all month featuring a series of “fad” dances, some of which have stood the test of time (and wedding playlists).  Today’s song had a dance featured in its music video, but I’m not sure how popular the dance actually was.  Were kids at school dances in 1987 “walking” today’s featured song subject?

Open the door, get on the floor…and read on!

“Walk The Dinosaur” is a 1987 song by Was (Not Was), a band with an eclectic/eccentric sound featuring two guys with the last name Was (but their last names were not “Was”) who were supposed to be brothers (but were not brothers in real life).  “Walk the Dinosaur” was another notch in their belt of an interesting assortment of music.

The lyrics are dark in nature, describing nuclear Armageddon, but don’t tell anyone watching MTV that! 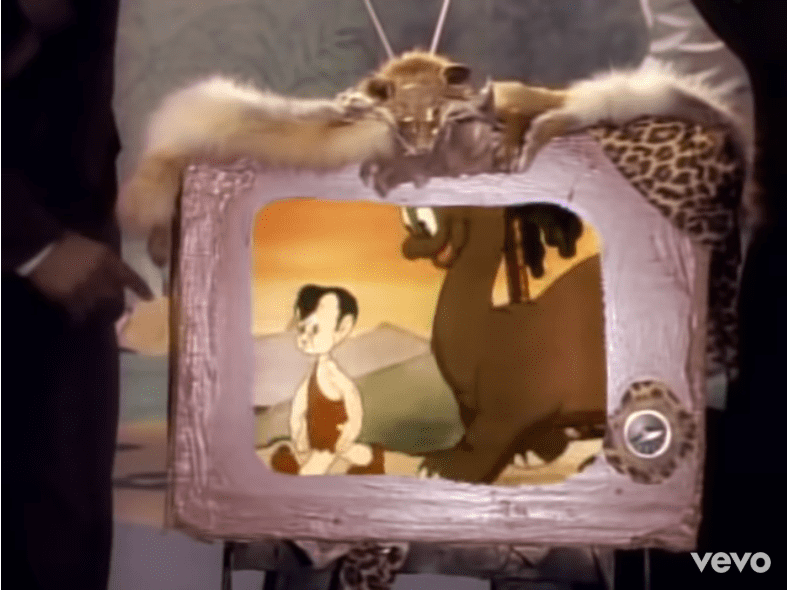 The music video, featuring clips of Daffy Duck and the Dinosaur, and “Cavewomen” performing a dance, made the song sound more fun than it was really meant to be.

“Walk The Dinosaur,” despite being released in 1987, did not chart in the United States until 1989, where it reached #7 on the Billboard Hot 100.  Despite the dark nature of the lyrics (impending Armageddon, anyone?), the song received heavy rotation on MTV.  And yes, people “Walked the Dinosaur.”

They didn’t kill the dinosaur (we all know how that happened), but they did walk it!

Was (Not Was) released a followup album to What Up Dog?, and toured with Dire Straits in 1992 before going on hiatus that same year.  However, they reunited in 2004, and are still performing today, which means that 32 years later, the dinosaur is still getting his much-deserved walk.

Not sure how many people are still doing this dance.  File this one under “fad.”

Oh, and as I wrap this up, my husband was reading the beginning of this article last night and told me to Google “Arnold Schwarzenegger Walk the Dinosaur.”

Have a great Monday, and enjoy the music!  And try to overlook the euphemism for “Walk the Dinosaur,” please!

You Can Feel It: The Story of The Electric Slide (July 9, 2019) – It’s Electric…enough that it is still done at weddings!