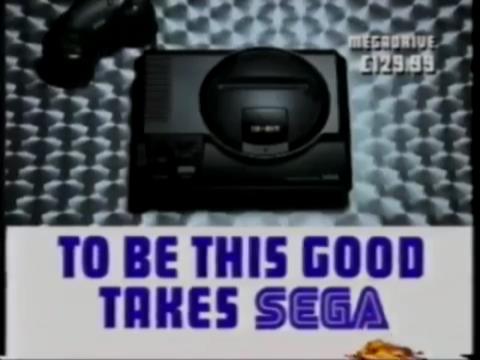 Rounding out our abbreviated month, we look at corporate marketing videos, and revisit an old friend, and their across the pond counterpart.

June was devoted to corporate marketing videos.  One was an attempt to revive business (Where It’s At: The Children’s Palace “Video Toy Chest”), and the other was meant to spark buyer interest in a product (DINO RIDERS!: The Promotional Video).  Today, we round out the month, after a week off, by revisiting our old friend Sega.  This time, instead of pushing a subscription-based service that delivers games each month, we’re looking at a preview video meant to spark interest in their games.  This video comes from the United Kingdom, where the Genesis was the Mega Drive.

The year is 1992, and the Mega Drive (Genesis in the United States) was at the peak part of its lifespan.  It was an exciting time to play video games!

“There are over 100 MegaDrive games. They get faster. They get harder. What are you gonna do to keep up?”

We’ve got 25 minutes, so this hardly covers the whole 100-plus, but rather, covers the newest games…and one game that pads out the time.

How Many of the “Latest and Greatest” Did You Own?

The Sega Mega Preview Tape is a 20-minute collection of previews for the hottest new Sega MegaDrive games.

Included within was old friend/Sega’s Super Mario-type mascot, Sonic (with his new friend, Tails) in three separate appearances throughout – the first to show you one-player mode, the second for competitive play, and the third because they clearly didn’t have enough footage compiled in the first two Sonic the Hedgehog 2 clips. 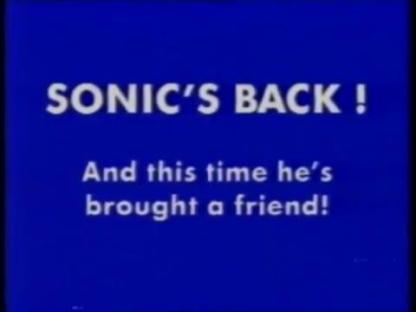 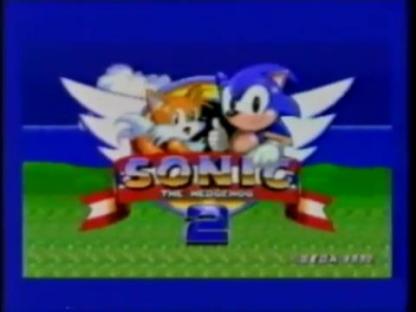 Also included are Greendog the surfing dude (did he ever really catch on?), Super Monaco GP II, Aliens 3, Aquabatics (featuring that sporty fish, James Pond!), Batman Returns (in prototype form, as this promotional video was released prior to the music being completed for the game!), and World of Illusion (Mickey Mouse’s third MegaDrive game!). 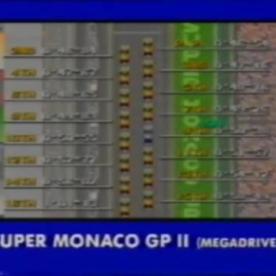 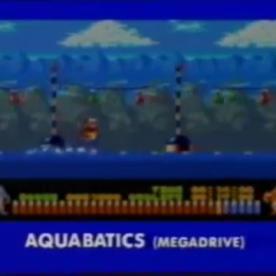 The Game Gear also gets its due with Taz-Mania (who also had a MegaDrive game at the time), and Lemmings (complete with the copy “those suicidal creatures are back!  Can you get them all to safety before they do themselves a mischief?”).  I’m assuming this promotional video was marketed to children, so that makes the inclusion of the words “suicidal creatures” just seem very out of place, don’t you think?

The gameplay segments are bookended by a quick segment of a “Mad Scientist” and a thrill seeker, looking for a “cyber razor cut,” which actually involves…a bionic arm?

Yeah, this segment is a bit bizarre, but “do me a favour” (borrowing from a previous Retroist article I wrote!), and watch this really cool promo tape?  I know you’ll enjoy it!

How many of these games did you own or play on your Sega Genesis (or, even better if you’re reading this from outside the United States/North America) or MegaDrive?  I’d love to hear from you, so do the social thing and comment below the article, on Twitter, or on Facebook?

July promises a new month, and a new theme, which I will be revealing next Monday evening at 10 pm EDT on Allison’s Written Words’ Facebook page.  This one will be fun, but then again, haven’t they all been?

You tell me, are you enjoying these themed months?  I know I am!