Because Friday already requires them!

Tomorrow is the bridesmaid dress fitting for two of my bridesmaids (my third  – my future sister-in-law – lives in California and will get hers as soon as she sees what my matron of honor and bridesmaid have chosen).  I left that part of up to my group – picking out their dresses.  Not that I can’t choose something good for them, but I am usually the person delegated to (relevant because I’m an administrative professional), so I’m choosing the power of delegation for them.

Anyway, this week’s theme is wedding commercials.  Yesterday, we met the former local proprietor of a well-known bridal salon in the greater Philadelphia/Delaware Valley area.  Today, we shift away from local and to a car company on a more international level.  Today’s commercial (from 1999) has a bit of a storyline, and its plot twist will surprise you…and leave you wondering what happens next.

Most effective advertising EVER!

The commercial is for the Volkswagen Jetta VR-6 (a new Jetta model beginning in model year 1999), and involves a bride getting ready for her Big Day…

…and a guy trying to get there in his trusty vehicle! 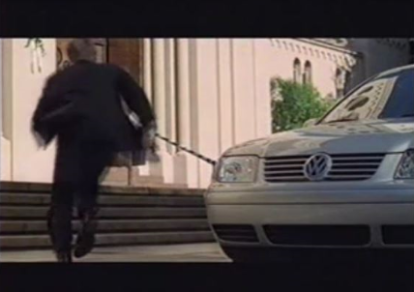 He drives a Volkswagen – accept no substitutes!!!

As for that plot twist, click play and find out what happens next! 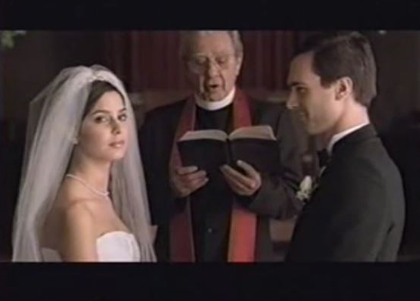 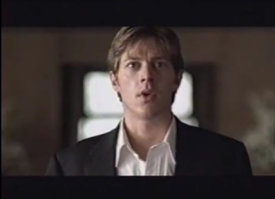 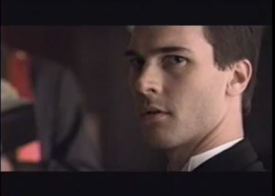 The commercial that shows everything, yet leaves you wanting more.  I want to see what the bride winds up doing.  Does she marry the guy at the altar, or does she run off with Jetta Guy?

The Jetta VR6 was introduced in 1999 as part of Volkswagen’s fourth generation vehicles, and was produced until the mid-2000s.  During this same time, from the mid 1990s until 2006, Volkswagen employed the slogan of “Drivers Wanted” in its advertising.

Volkswagen: ISO Drivers Showing Up At a Wedding To Create A Plot Twist!

And on that note, we leave the church, drive off in our Volkswagen Jetta into the sunset of the coming weekend.

Hopefully it is better than it will be for Guy Showing Up At Church To Claim Woman At Her Wedding. 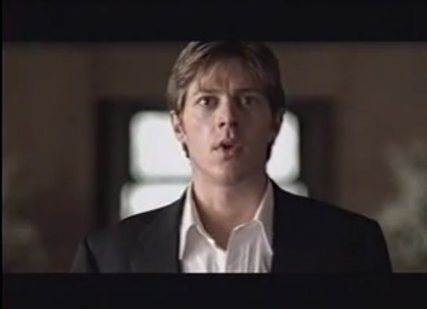 This guy won’t be back next week, but Throwback Thursday and Flashback Friday will.

Until next week, have a great Flashback Friday, and a fantastic weekend!