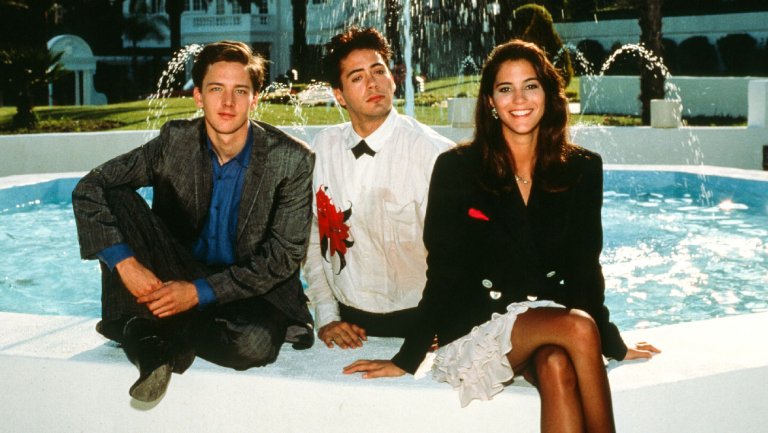 Look around, leaves are brown, there’s a patch of snow on the ground.

It’s Monday, and that didn’t sound at all depressing.

OMG, it is soooo cold outside!

As I’m writing this, there is still a tiny bit of snow on the ground from last week’s snow, the leaves are dead and gross, and it is ridiculously cold outside.

Today’s song was chosen on that aspect alone – it is cold!

We are officially in the throes of winter, and when I was thinking of a song for today, the title for this one popped in my head.  It is one I’ve known since I was nine years old, taking my second Jazz class.  The recital that year was season-themed, and my class did a song about winter.  Specifically, we did a Bangles song that I would later find out was not only on the soundtrack of a movie that came out a few years before that recital (which was in 1992), but was also a remake of a song from the 1960s.  Nine-year-old me would not have known about the original version, or the group that sang it.  But, nine-year-old me knew who The Bangles were.

“Hazy Shade of Winter” led two lives – in 1966 as a Simon and Garfunkel song from their album Bookends, and in 1987 by the aforementioned girl rock group The Bangles from the movie soundtrack for Less Than Zero.

This is one of those movies I’d heard of (mainly because of my love for Brat Pack/teenage movies from the 1980s – especially The Brat Pack), but never actually got around to at any point.  I’m not sure why, but I just got my hands on a copy of it, so I will definitely be checking it out.

Awesomely enough, I actually met the cute guy flanking Robert Downey Jr.  He hasn’t aged much, either.  Safe to say my two favorite roles were the time he played the sensitive Kevin Dolenz in St. Elmo’s Fire (one of my favorite movies of all time) and Blaine in Pretty in Pink (which I saw in the movies for its 30th Anniversary).

So, as for the song from that movie…and a time 21 years earlier…

“Hazy Shade of Winter” is a song written by Paul Simon, originally recorded by him and his recording partner Art Garfunkel, for their 1968 album Bookends. It was originally recorded in 1966 during sessions for Parsley, Sage, Rosemary and Thyme, but only released as a single at that time.

In 1987, The Bangles covered the song for the Less Than Zero soundtrack.  They had been covering the song in concert since 1983.  Their version had a harder edge and some changes to the song – removal of the bridge section, and a change to the lyrics (removing the verse from the original song that contained the line “drinking my vodka and lime”).

See if you can spot this change, when you watch The Bangles version…

And for those of you nostalgic for the Simon and Garfunkel version, I wasn’t leaving them out…

The original version of the song reached #13 on the Billboard Hot 100 in 1966, while The Bangles version reached – brace yourself – #2 on the same chart for 1987-1988.  The song appeared on their Greatest Hits album in 1990, but the music video, due to licensing of the film’s clips, was excluded from the accompanying video compilation.

And yeah, it was the version I danced to in 1992 (I wasn’t going to leave that out, my friends!).  Note the “carry a cup in your hand” part – my teacher said it was “carry a gun in your hand.”  You’ll spot that, and realize, “wow, this really was a different time!”

For years, I’d sung that song to myself as “carry a gun in your hand” and “there’s a passionate snow on the ground.”

Because snow is passionate, friends.

The Bangles, as a whole, also received a producer’s credit for “Hazy Shade of Winter,” as they took more creative control since their album Different Light (famous for “Walk Like and Egyptian”).  It was also a rare instance where the whole group contributed their vocals, with Susanna Hoffs only soloing toward the end of the song.  If you’ve listened to their music, you’d notice she tends to be The Voice of The Bangles.  It was nice to know everyone got a shot at this song, they sound amazing in harmony!

Please stay warm on this frigid day (thankfully, it is supposed to get “warmer” as the week goes on – define warm in the Northeastern United States during the winter!), have a great Monday, and enjoy the music!