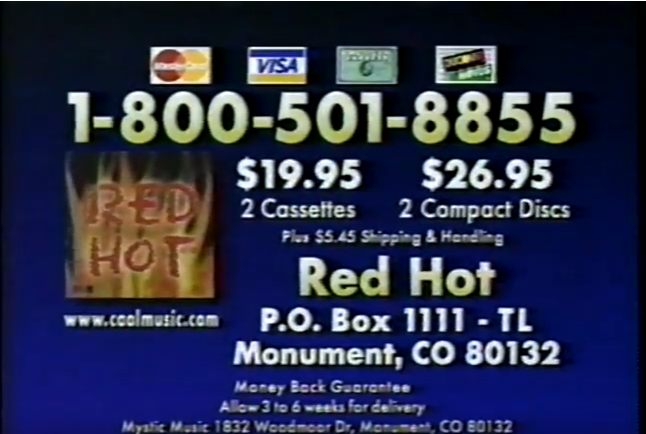 It’s Monday, and I hope you don’t have to run for cover just because of something so strong.

I bought two of those compilation CDs sold via TV commercials by a company called TV Music 4 U.  If you watched alot of TV in the early 2000s, they were like Time Life and had equally good compilations.  I bought two sets (because these commercial really lured 21-year-old me in at the very beginning of my retro music love)!

No video is available for this one, but I’d liken it to this…

If it has a commercial anywhere in existence, I’m sure the hair and clothes are just as bad as what was seen here.

And since I can’t seem to find a commercial…would pictures of the discs suffice?

Of course they would!  They’re actual proof it exists, aside from being sold on Amazon! 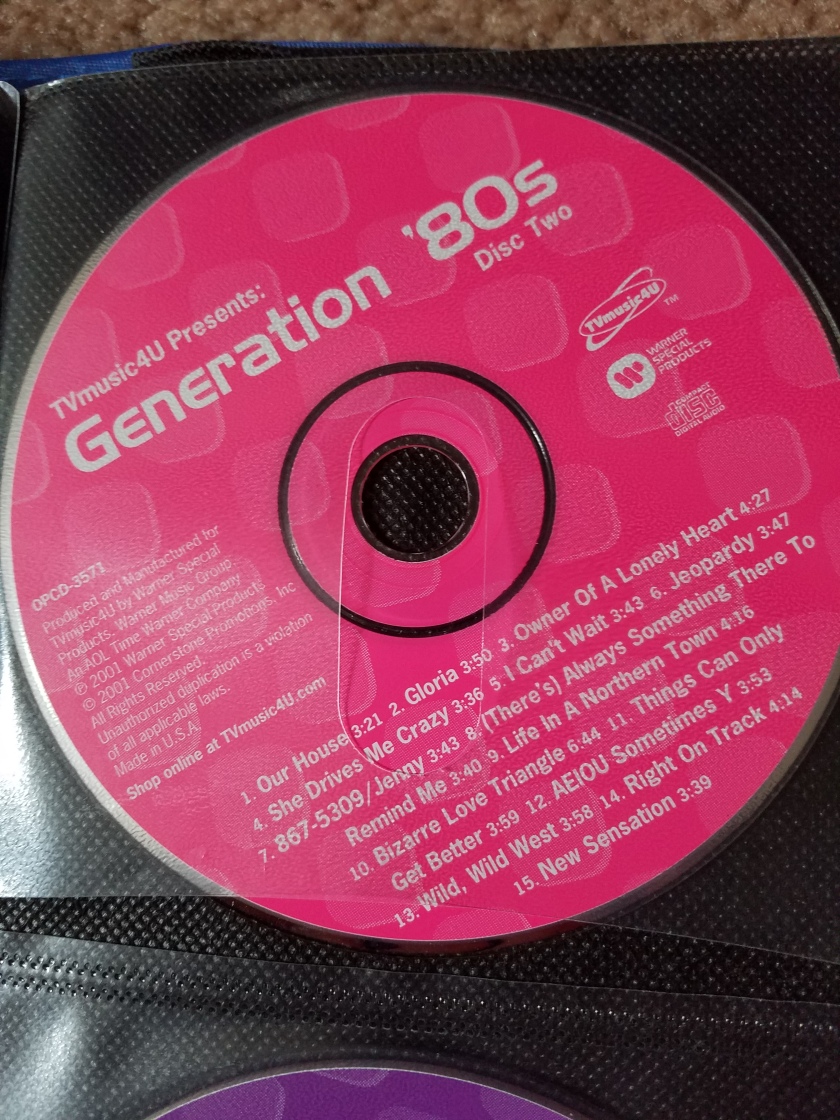 These definitely weren’t sold in stores, and yes, you had to visit tvmusic4u if you wanted them….

Or not.  Apparently they don’t exist anymore.  Which is a real shame.

Today’s song actually came from the Red Hot collection, but I had no clue (or forgot over the years) that the song is not a Stevie Ray Vaughan song.  I don’t think I’ve eve even listened to his music, but for some reason, I swore it was his song.  Don’t ask, seriously.

I had heard it for what I believed was the first time on this album, but I grew up with MTV and VH1, so I know I’d heard the song prior to getting this CD set.

“Something So Strong” is performed by Australian group Crowded House, for their self-titled debut album, as the fifth and final song to be released to be released from that album.  It was the first song written by co-writer Neil Finn (co-credit also goes to Mitchell Froom) specifically for Crowded House, but demos of the song link back to Finn’s previous group, Split Enz).  It was recorded in 1986, and released as a single on April 1, 1987 (no joke), hitting #7 on the Billboard Hot 100, and #83 on the Billboard Hot 100 for 1987.

It’s obviously a love song, but I can’t find much else about it.  Given the time it was written, it could potentially be about Finn’s marriage (he has been married since 1982).  But it is a pretty enjoyable song, regardless of what it is about.

Crowded House continued to release albums until breaking up in 1997, before reuniting in 2006 (they’re still together).  Lead singer Finn recently joined Fleetwood Mac (replacing Lindsey Buckingham) for their 2018 tour.

I recall this one scene in a Tim Daly movie called Seven Girlfriends, where he sings this song (so off-key) while driving.  Daly plays Jesse Campbell, whom, after the death of a girlfriend (a freak accident involving her scarf while driving her convertible), travels her funeral, while making amends with girlfriends he’d wronged, including his most recent one that he let get away.  I haven’t seen the movie in years, but it was pretty funny from what I remember.  Silly in premise, but funny.  That’s not always a bad thing.

Anyway, there you have it for today.  Hopefully, this isn’t a song that will make you weep, or carry you away.  But, if it does, tell it to bring you back in time for the next Music Monday.