Good sports drive straight…and like the natural high of their God-given talent!

Continuing on with our theme of athletes as PSA spokespeople, we move from 1988 to 1986, and a local flavor-type PSA, featuring Philadelphia athletes (I should add that as a New York sports team fan, Philadelphia sports teams – especially in football – are the bane of my existence). I don’t think I would feel that way if it weren’t for the fans.

But hey, every city and every team has them – I know my teams certainly do.  I’m not above admitting that, so that makes me more determined to be the nicest fan in an attempt to break type.

Anyway, moving on to what you really came here for…

We have four athletes… 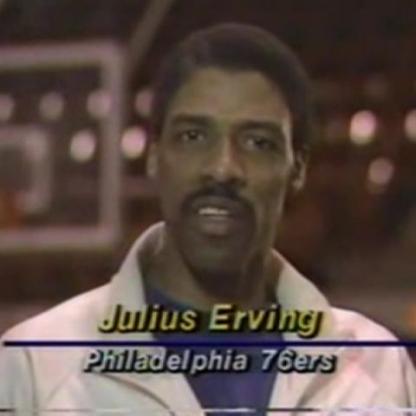 Pro Athletes Against Driving Drunk sounds like a great cause, but unfortunately, I can’t find anything about it.

PAD Philadelphia – result is about the city of Philadelphia’s crackdown on Opioid epidemic.

Pro Athletes Against Driving Drunk – returns articles about athletes with DUIs on their records.

Pro Athletes Against Driving Drunk Philadelphia – This commercial, an article about Flyers player Claude Giroux getting arrested for groping a cop in Ottawa (part of a NJ.com article about Philadelphia athletes’ silliest arrests), and (among other articles) Kevin Hart geting drunk and trying to crash the Eagles’ Super Bowl celebration.

So, not alot of information on this particular cause either.  Are these obscure organizations or something?  Or do they just go by different names these days?

Anyway, they have a pretty cool slogan…

I actually met Mike Schmidt at a book signing an ex-boyfriend (A die-hard Phillies fan) took me to, but he wasn’t particularly chatty.  Being my first celebrity encounter, I was pretty shocked.  I’ve had a much different experience with celebrity encounters since then, but I guess he just wasn’t in the mood to chat.  And Mike Quick played in the celebrity Pro-Am golf tournament hosted by the golf course I used to work at (the Ron Jaworski Pro-Am).  Of course, the name Julius Erving is well-known no matter where you live or whether or not you’re into basketball.  As for Peter Zezel, I’ve never heard of him…but his hockey hair is on point!

So…what these athletes said.  Don’t drink and drive, it’s not worth it!

We’ve learned so much from athletes this week, haven’t we?  There’s a natural high one can only achieve from their given talents and sport, and Philadelphia athletes want you to drive safely…and straight!

Because hey, why waste your life or talents to harmful substances that can not only affect your health, but your talents?

Well, that does it for this week.  Coming up this weekend, I have an ancedotal-type story from my childhood featuring an athlete with all the talent in the world (he was a hell of a baseball player!), but vices a mile long that pretty much put the brakes on his career.  But the story celebrates the positive side of his character and abilities.

Have a great Flashback Friday, and a fantastic weekend!