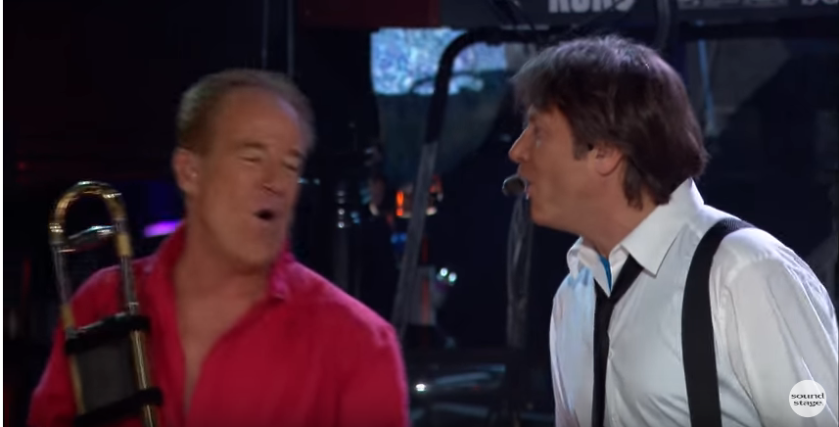 First of all, Happy Fourth of July/Independence Day/July 4th!  I hope your day (so far) is full of family, fun, and all the great summer traditions!

I’ve made it no secret over the years that I’m a huge Chicago fan, and if numerous articles both here and on Retroist are any indication, this is a group with alot of stories and plenty of great music to go around.  One of my favorites, and one of those Chicago songs everyone (hopefully) knows, is “Saturday in the Park.” Now, I know the lyrics mention the Fourth of July (“I think it was the fourth of July,” and later, “Everyday’s the fourth of July”).  But, I never actually looked into the meaning of the song.  I figured on knowing the obvious, but it was worth checking out anyway.

Saturday, In the Park, I Think It Was the Fourth of July…

“Saturday in the Park” (as featured on 1972’s Chicago V) was written in 1971 by Robert Lamm, who was inspired to write the song while the group was in New York City recording Chicago V.  He wrote the song on July 4, 1971, which was actually a Sunday (what?!).

According to co-founding member, and now-retired Woodwinds player, Walt Parazaider:

“Robert came back to the hotel from Central Park very excited after seeing the steel drum players, singers, dancers, and jugglers. I said, ‘Man, it’s time to put music to this!” (source)

And the rest, as they say, is history.

As for the Italian in the song…

Robert Lamm sang “Eh Cumpari,” which is the title of a Julius La Rosa song from 1953, followed by, well, Not Italian.  That’s right, the man dishing out ice cream and singing Italian songs…wasn’t singing anything specific after all.  And in sheet music, it just says “improvised Italian words.”  Because when you don’t know, just make it up!

And Singing For A Song…

Lamm has sung this song ever since, with Peter Cetera as backup (and later Jason Scheff).  For some reason, I never knew who was declaring “Yes I can!” when asked “can you dig it?”  There was one notable cover, when Lamm lost his voice prior to an August 1994 concert in Devon, Pennsylvania.  Vocalist/keyboardist/guitarist Bill Champlin (a member of Chicago from 1981 until 2009) jumped in and took the lead.  Also notable from that same concert – Jason Scheff covered another Lamm staple, “Beginnings.”

So, of course, this is the part of the article where I show you a few videos.  Because why not?

First up, this live version from 1973.  Even if you don’t know the names of the band members, you can tell who is who, if you’ve watched enough Chicago performance clips.

And a little more recently (36 years later), in 2008.  Aside from age and a few lineup changes, not much else is different about this song.  When I saw this version live, it sounded just as good as the original, and certainly as good as any 1970s live version!

One could not possibly cause Robert Lamm to lose that smile.  He looks so proud of this song.

(I should add he sings these “happy” songs with an equal amount of conviction).

But still, not too shabby Bill!

If We Want It, Really Want It…

At the risk of turning this into an all-lyrics article, have a great Fourth of July!