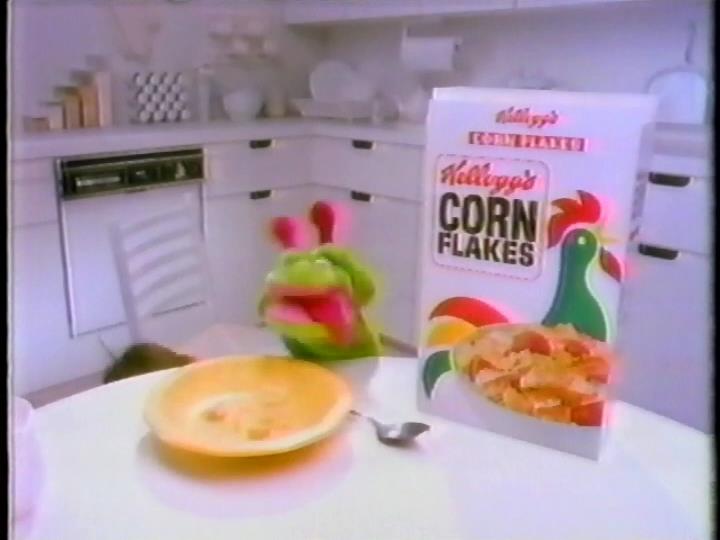 Because Flashback Friday is always nice.  Even to Bumbo.

Who’s Bumbo, you ask?  Well, he’s a dragon…puppet.  I’m pretty sure that’s his name, but it could be “Bumpo” for all I know/hear.

He’s the real star of today’s commercial, straight from the archives of 1987, and continuing on our theme of Kellogg’s breakfast stuff. Yesterday was Pop Tarts, but today, we’re going to see what Bumbo/Bumpo and his human, David want for breakfast. 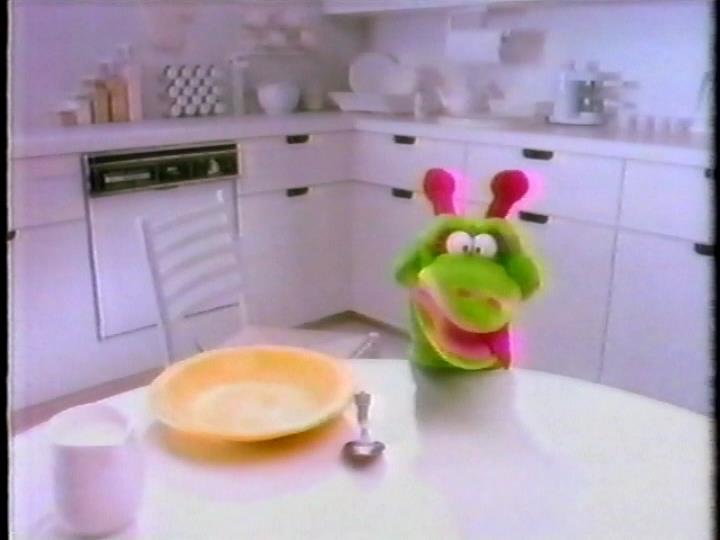 He doesn’t know where Voiceover Dad’s son, David, is.  But he knows that David wants breakfast. 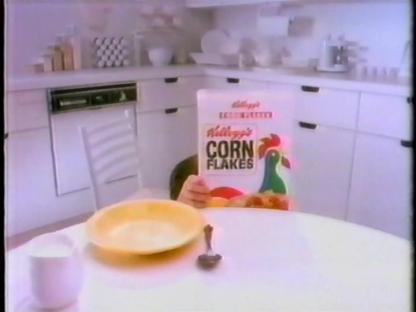 And when you click play, you’ll see Bumbo/Bumpo make his request!

Because that bowl was oh so satisfying for Bumbo/Bumpo…

Kellogg’s is still manufacturing Corn Flakes to this very day, ever since it was created for the nutritional benefit of patients at the Battle Creek Sanitarium in 1894 (!).  The patients and Kellogg’s themselves loved the cereal, and a patent was obtained in 1896.  There have been several mascots, but Cornelius “Corny” Rooster has been the most popular since his debut.

In fact, the box art really hasn’t changed at all since before even 1987.  How many cereals can say the same thing…besides Cheerios?

As for me, I’ve eaten Corn Flakes before – I mostly ate Cheerios growing up, but switched it up with Corn Flakes and the similarly-tasting Rice Krispies once in a while.  I like the taste of Corn Flakes, even if it is one of those plain cereals.  I’ve never actually eaten the generic/store brands, even though I know they’re the same thing.  Something about the Rooster…

Anyway, that does it for this week’s trip into my archives.  Have a great Flashback Friday, a fantastic weekend, and enjoy your breakfast.