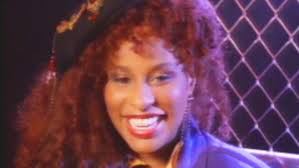 It’s Music Monday, and do you feel for me the way I feel for you?

Well, I hope you feel something for my blog, and for the content contained within.

But how about Chaka Khan music, how do you feel about that?

I knew I liked “I Feel For You” for years, but it was during a Pop-Up Video marathon in 2015 that I realized how much I liked it on the dancer’s level.  I was (unfortunately) laid up with a giant boot on my leg, the result of dancing too much on a bad ankle.  The song came on during the marathon, and I realized how much I loved the rhythm, and how it made me feel as a Hip Hop dancer.  Three years later, I still love it on that level.  I’m also still not dancing.

“I Feel For You” came on the heels of Chaka Khan’s solo career post-Rufus (the band broke up in 1983).  The song is actually a cover of the 1979 Prince song of the same name, with Grandmaster Melle Mel providing the classic “Ch-ch-ch-chaka-chaka-chaka Khan” rap.  If that harmonica sounds familiar, it is a sampling of Stevie Wonder’s “Fingertips.”  The song is a combination of high-tech funk, Hip Hop, and rap (what a triple threat for the time!).

The song was released as part of her 1984 album of the same name, with the song charting at #3 on the US Pop Chart.  The album would go on to be Billboard 5th highest-selling album of 1985, and is Khan’s biggest commercial hit.

You know, it you love it (or will love it once you hear it), and that proclamation of love for Chaka Khan feels less creepy than it should.

You feel it too, don’t you?

Hope you enjoyed the song!  Have a great Monday, and enjoy the music!