Terrible retro games don’t take a holiday, but perhaps they should.

A few years ago, my boyfriend tried his hand at creating a gameplay video out of a terrible game “based” on the 1990 film Home Alone:

I figured he couldn’t handle the game, but I’m a bit more patient, I could handle it.

I downloaded a totally different version on my emulator: 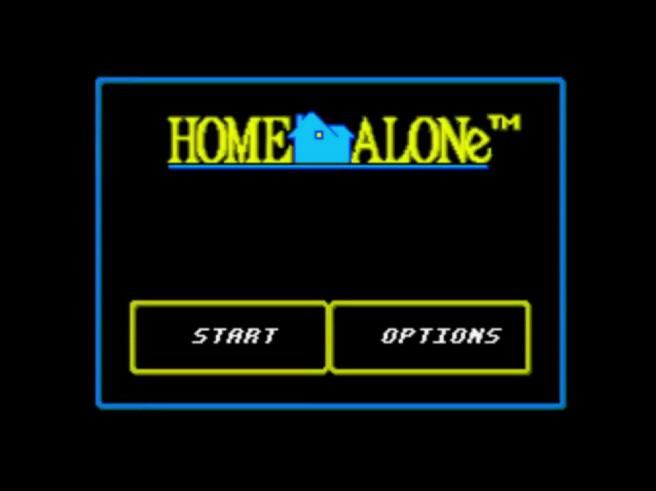 And like the Nintendo game before it, this one is pretty bad.

Released in 1991 by T*HQ and developed by Imagineering, Inc., this version of Home Alone is one of several versions.  Each system had a different type of game, but this one tried to be semi-side scroller.

Your aim (as Kevin McCallister, of course), is to collect items from around the house and send them into the basement’s safe room.  Once you’ve collected all the items, you go to the basement and fight the evils down there – rats, bats, ghosts, and perhaps the furance?

Nope, not the furnace…at least, not in this version.

In this version, you have to contend with – brace yourself – 1940s gangsters! 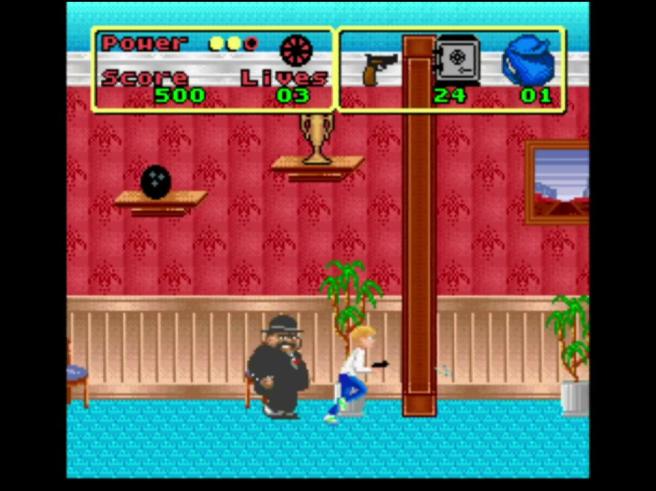 And you have to find valuables and collect pizzas, which help with your energy. 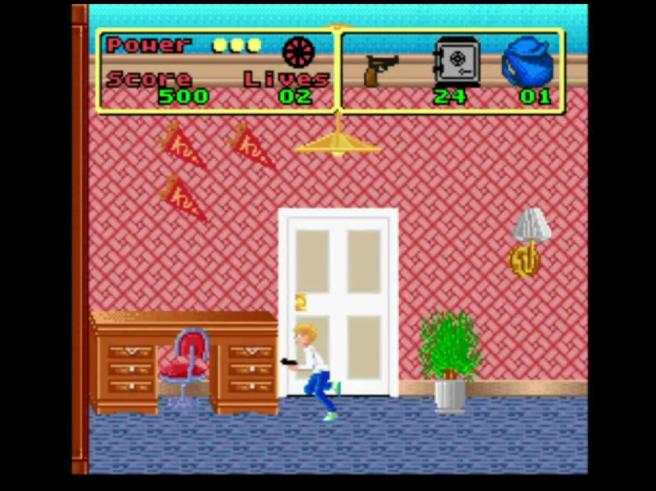 And if you screw up… 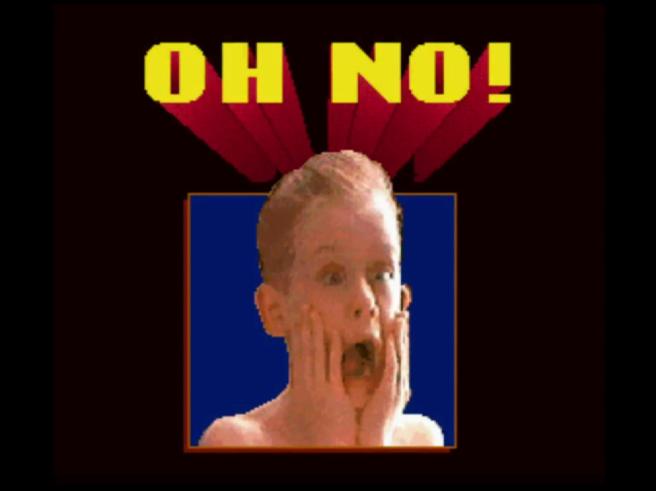 And trust me, you will.  Because 1940s gangsters and basement-dwelling creatures.

And watch out for 1940s gangsters, they’re more dangerous than the Wet Bandits!