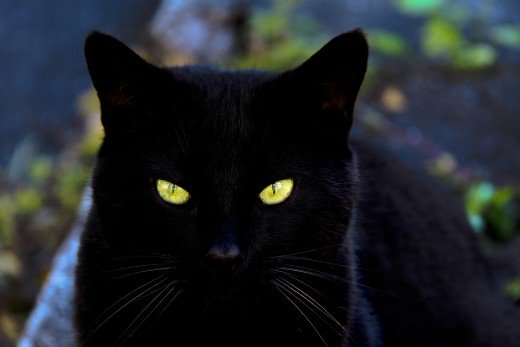 For your Music Mooooonday…Halloween Disco!

So far, Ray Parker Jr. wasn’t afraid of no ghosts (damn you, double negative!), and the Ramones stipulated in their “living will” (and by living will, I mean song) that they adamantly refused to be buried in a Pet Semetary.  And last week, Rockwell expresses his fear and paranoia of having somebody watching him.

This week, Janet Jackson can’t understand why someone leads such a dangerous life, as she sings about a “Black Cat.”

“Black Cat” is the sixth-released single from Janet Jackson’s fourth studio album, Rhythm Nation 1814.  The song was a commercial success, reaching #1 on the Billboard Hot 100, and received a Grammy nomination for Best Female Rock Vocal Performance.  This nomination gave Janet Jackson the distinction of receiving nominations in five genres.  The song is a departure from Jackson’s dance-pop songs, and takes on a hard rock edge.

The song is not about something Halloween-related (just as the other songs this month have not, but have had “Halloween elements” to them), but instead is a warning to a rebel engaged in substance abuse, comparing the theme to the folklore of cats having nine lives, and black cats foreshadowing a negative omen or misfortune.

And since Black Cats are a Halloween symbol, they’re prime for inclusion here.  Click play to hear this totally different approach to a Janet Jackson song that not only worked, but furthered the singer’s success.

We’re almost at Halloween!  Come back next Monday, when I reveal the final installment of Music Monday’s Halloween-Esque songs!

Have a great Monday, and may a black cat not cross your path today…