In case you didn’t unwrap the previous two weeks…

In the last two weeks, we’ve learned the meaning of helping others struggling with hard times, and coping with loss and remembering someone loved and lost through the holidays. And in our final part, we’re going to go back  to the years 1987 and 1989 (respectively) for this two-part harmony of a Christmas episode unwrapping.

Last month, I looked at Mr. Belvedere’s only Thanksgiving episode (the first of the show’s holiday-themed episodes), which aired during the show’s second season.  It took until season 4 (this show was on six seasons) for a Christmas-themed episode, and it was the first of only two Christmas episodes.  The sixth season Christmas episode was coincidentally one of the last episodes to air before the show was put on hiatus at the end of 1989, with its cancellation coming in February 1990.

From what I found out while looking for episode airdates, it turns out that the show was actually set to be cancelled after season three, which would have made this one of the only sitcoms I’ve ever watched to not have a Christmas-themed episode had it met its earlier fate.

And if anyone asks you how this show stayed on despite its ratings, remind them it was a different time and networks weren’t quick to rid themselves shows fans liked.  It always seems like a good excuse.

In the season four episode “Christmas Story,” Mr. Belvedere is quick to take the day off for Christmas, rather than spend it with the Owens family.  He refuses to give reasons, but Wesley, being the ever-suspicious child/brat going, notices that Mr. Belvedere’s watch is broken and decides to snoop with Heather, when they spot a note from whom they believe to be an old flame. 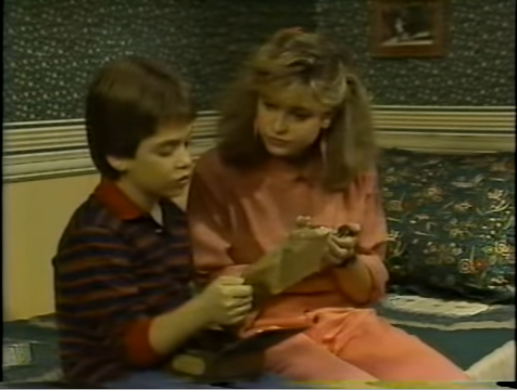 Wesley arranges for the writer of the note to come see Mr. Belvedere, a woman named Pamela Kent (whom it turns out is not his girlfriend, but a friend).  What happens next is an awkward, but eventually very sweet (and long-awaited) reunion. 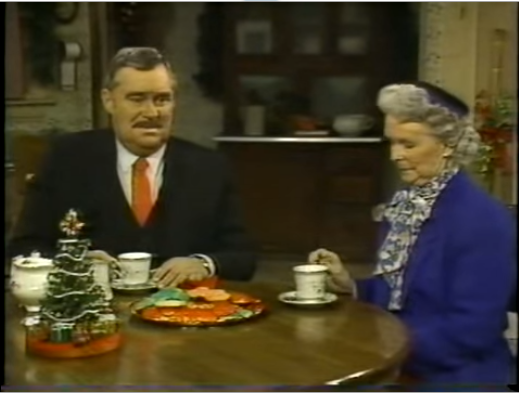 (Screenshot from the awkward part of the reunion) 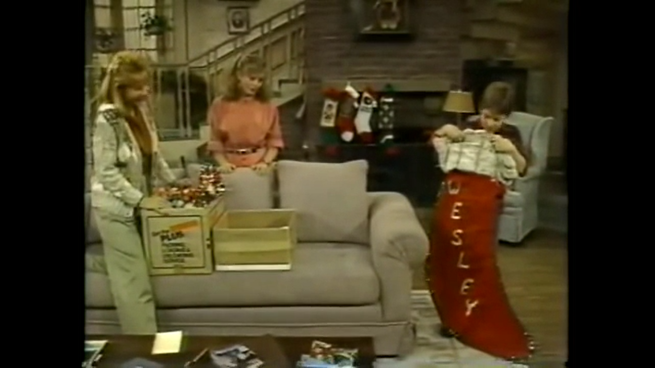 Apparently these were a thing in the 1980s.

Go ahead and click play to see the episode in its entirety, giant stockings and all.

In Season 6, The Owens family participates in a staging of Dickens’ A Christmas Carol for the Happy Guys of Pittsburgh (the organization that is always trying to get George Owens to join).  However, it is Mr. Belvedere that acts all Scrooge-like and decides to take over directing duties, only to ditch his directing duties.  And in a display that is the stuff of sitcom death, Mr. Belvedere is visited by three ghosts – George as “Marley,” Marsha as “Christmas Past,” Heather as “Christmas Present,” and Wesley as “Christmas Future” (no shocker if you’ve watched this show before). 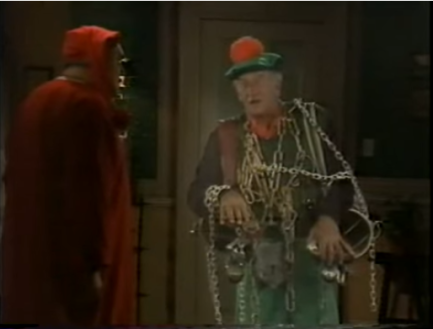 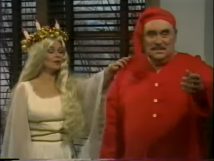 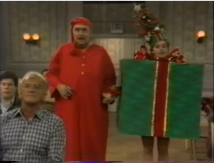 Of course, Belvedere realizes he needs to direct the play, or else everything in his world will go to Hell.

And apparently, Donald Trump owns the Moon, Wesley is an inside trader who brought it, and Belvedere is 114 years old AND still living with the Owens family…who apparently are all still living together.  It’s a world Belvedere doesn’t want to know of.  The family (in the future) reminds him of what happened 50 years ago, when he ditched the play, so he resolves to save it.

You can see how this unfolds by clicking play!

And as we write in our journals about the lessons we learned, I’ll close the book on the third part of this three-part harmony of Christmas-themed episodes. 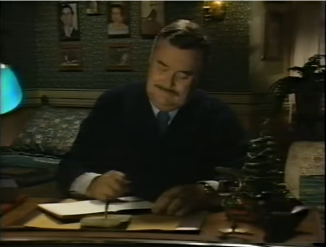 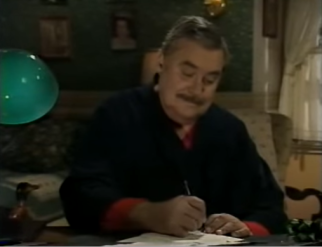 Christmas is still two days away, and I have one more trick up my sleeve for the holiday.  What is it, you ask? You’ll see tomorrow!

Have a great day, and remember… 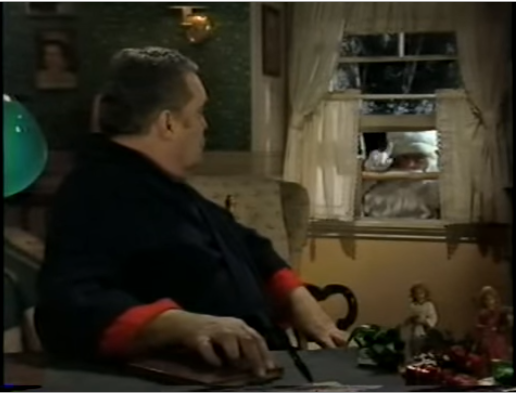