I found out proof of this when my boss told me all about her rabbits and…well, what they do best.

Well, actually, it’s the Thursday before Easter.  But we can get off on a technicality, can’t we? It IS almost Easter!

I have a confession to make: Today’s commercial from the archives is from 2003.  And it involves the song “Here Comes Peter Cottontail.” Which, in retrospect, is an incredibly annoying song that for some reason was so appealing when I was growing up, but that’s maybe because my grandma used to sing it to my brother and myself when we were little. Alot. Like every Easter when I was little.  I wouldn’t be shocked if she sang it after Easter.  She died a year ago, and the memory of her singing it is still with me, even if I can’t remember how often she sang it.

Today’s selection from the archives is from 2003, and is a Toys R Us commercial featuring Geoffrey the Giraffe and that all-famous symbol of Easter.

Not just one bunny.

But a whole freakin’ store section full of bunnies. 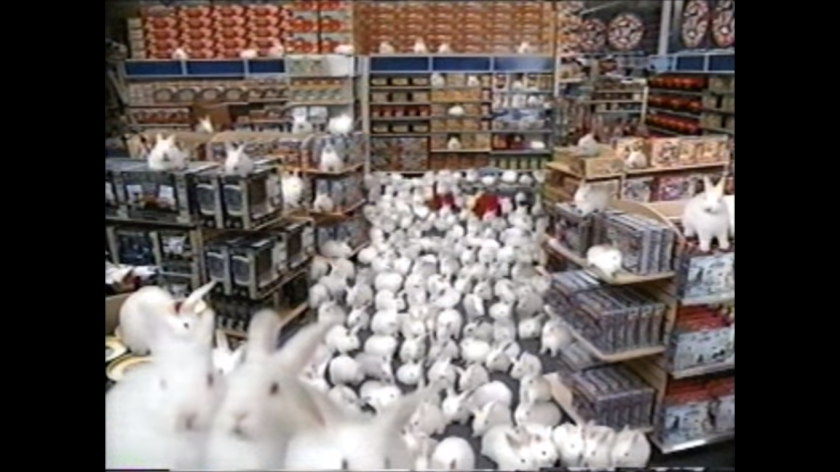 Think Night of the Lepus, without DeForrest Kelley and blood-hungry rabbits, but instead with cute and fluffy white bunnies who sing with chipmunk voices who hang out with Geoffrey the Giraffe in a toy store.

I’m not sure which one is more terrifying.  All based on perspective, people.

Of course, Geoffrey the Giraffe gives into their demands for an Easter Sale, but just wants one thing from the viewers at home… 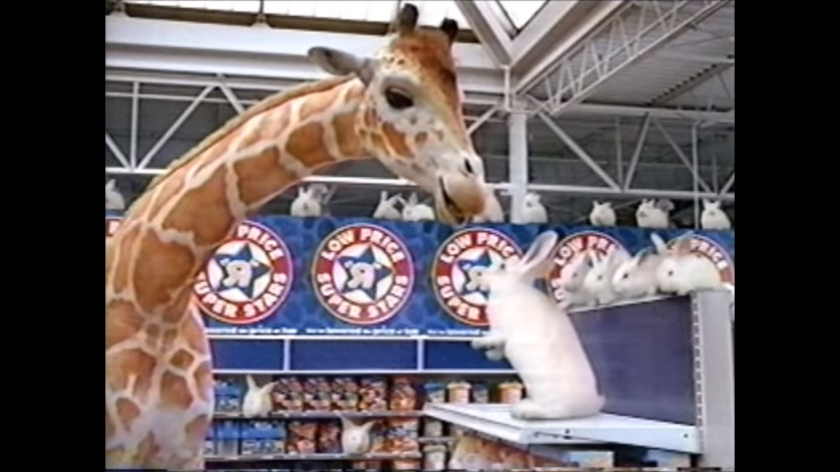 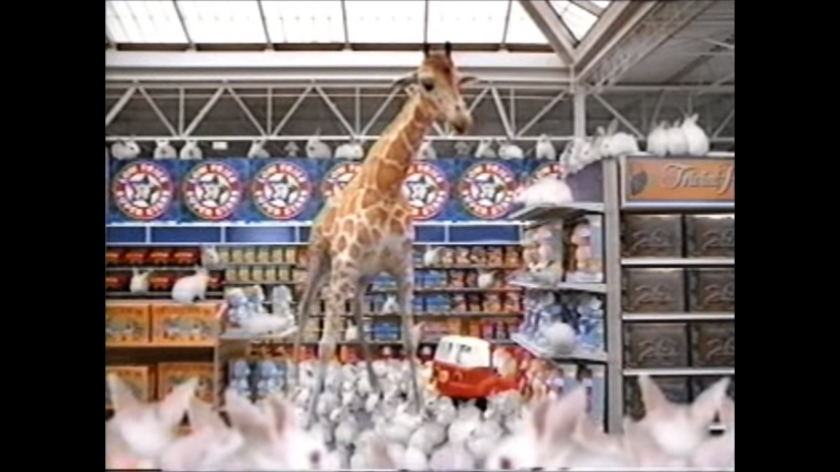 And here’s what Geoffrey was trying to sell you in this ad: 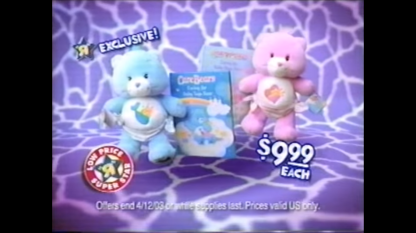 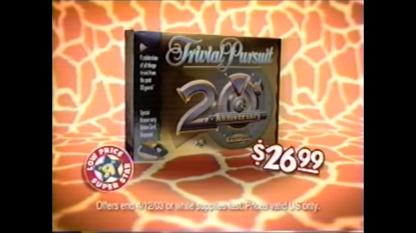 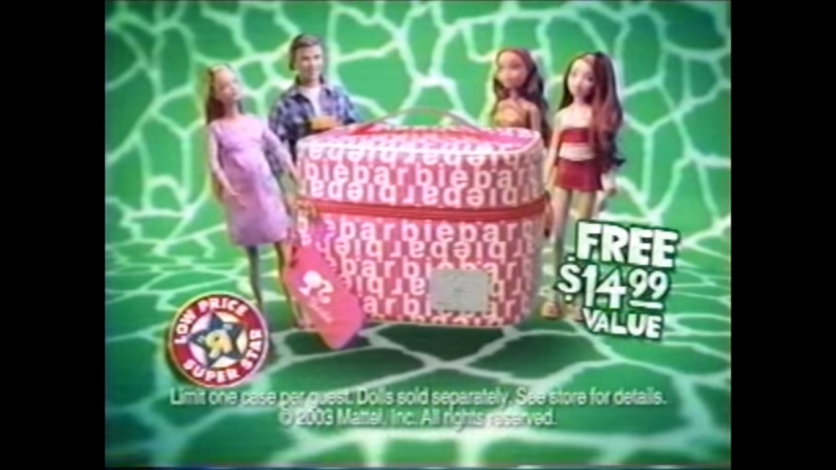 Enticing!  I actually did get those two Care Bears when they became a huge collector’s thing in the early 2000s.  I got them for their exclusiveness.  Just humor me, they were so freakin’ cute.

But don’t take my word for the cuteness/horror overload (again, all based on perspective), just click play and watch it all unfold.

Oh, and in case you’re wondering about that voice, and if it’s actually Tom Hanks, it’s not.  His brother Jim (who sounds very much like his famous brother) is the voice of Geoffrey the Giraffe, a role he has had since 2001.  Jim has often voiced parts that Tom has played, including Woody for any Toy Story video games.  He was even the creator of Forrest Gump’s “jerky run.”