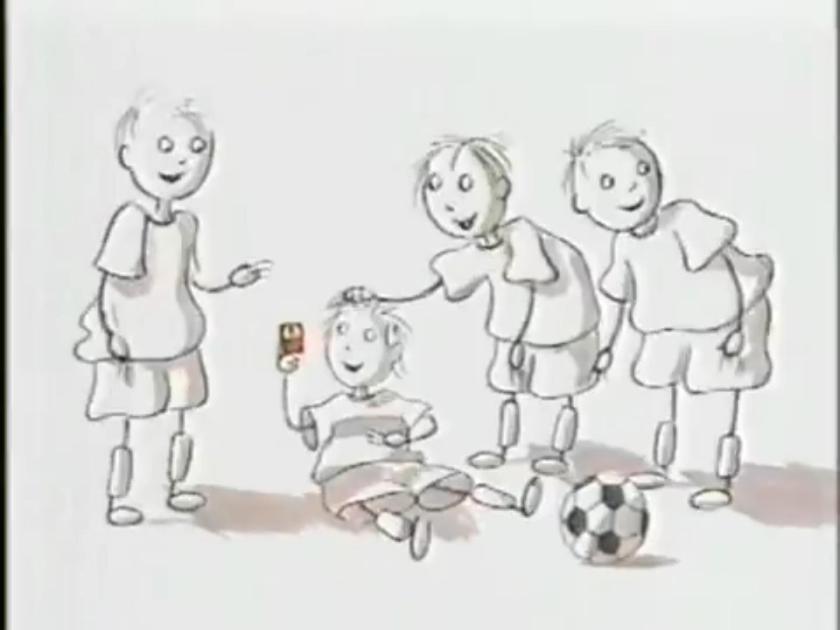 I know you’re in a mad rush to get to the weekend, but just humor me, and enjoy this gift for you, on this Friday!

And speaking of mad rushes, have you ever been feeling a little like you’re running on empty, and unable to keep up with others? Perhaps you just need a snack, and I couldn’t think of a better three-part harmony of commercials to help get your out of your rut.

Today, we travel to the year 1996, and visit three different people, who all have a commonality – a certain foodstuff that helps lift them up and get them going again!

Why, watch the commercial and find out!

Incredible, a couple of raisins, and you’re good to go!

The raisins themselves are grown in Central California, midway between Los Angeles and San Francisco. After processing, the raisins are shipped and sold in 60 countries around the world, with nearly half of all Sun-Maid raisins packs for consumer sales, with the other half going to bakeries and cereal companies. The most commonly-used grape is the Thompson Seedless Grape, but Fiesta, Flame, and Zante currants are also used to make raisins.

I actually remember these Fido Dido-esque commercials pretty well, as they aired frequently during the mid-1990s. These three commercials actually came from the same commercial block, airing early, in the middle of, and at the end of the block. I’ve seen quite a few Sun-Maid commercials over the years, and while today, they’re promoted as containing nothing but “Grapes and Sunshine,” in the 1990s, they were “Fast Fruit,” so you’d never slow down!

Ahh, the power of foodstuff. It is incredible what it can do!