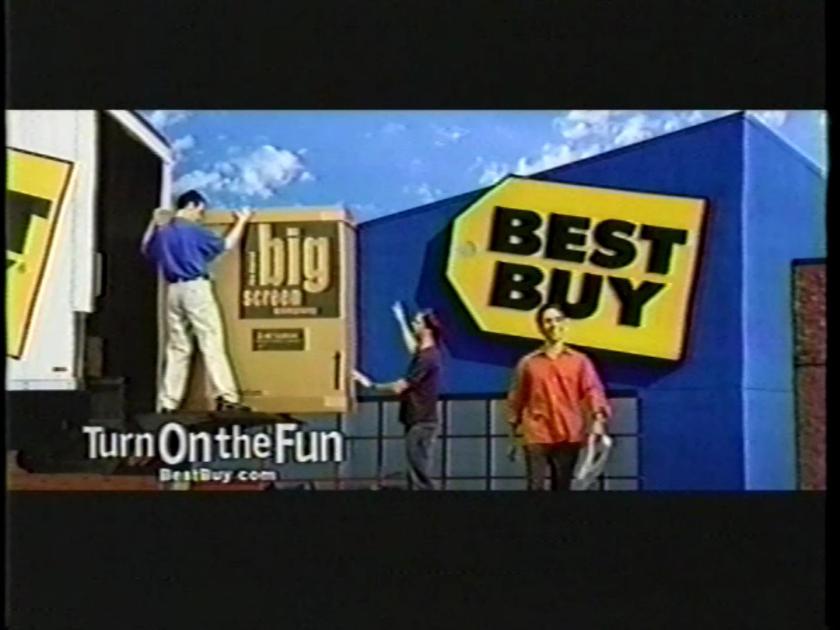 We’ve made it to the end of quite a week, and well, this is the kind of week that calls for beautiful commercials arranged into a miniseries, followed by a commercial block!

Because we love these, and didn’t have quite enough of them over the holiday season!

Today’s commercial block comes to us from January 6, 2003 (date confirmed based on one of the promos), from WTXF, Fox’s owned-and-operated station in Philadelphia, Pennsylvania, during an early evening Seinfeld rerun (again, based on a promo). This actually is from a videocassette I pilfered from my brother’s left-behind-when-he-moved-out VHS collection. I inherited the Storm of the Century recording, as well as a few videos of X-Files and Seinfeld reruns, as well as a VHS of mixed content. While so many of my videos are from NBC, his seem to all come from Fox.

Anyway, during this Seinfeld episode, which was the infamous Puerto Rican Day Parade episode (if you’ve seen it, you know why), products and services clamoring for that lucrative, coveted Seinfeld syndication advertising time included:

Chocolate equaling happiness (something I can stand behind), films inspired by true stories, superheroes ISO a job, buying big screen TVs at Big Box Stores, phone numbers for complaining in the days before social media, diet plans, giant Cinnamon bites from pizza places (aka “The Reason You Need A Diet”), and Kids Who Like Healthy Cereal!

We’ve got movie promos, products, services, television promos, and the awesomeness of early 2003 all over this one, friends.

So, whenever you’re ready, you know what to do!

Does anyone else remember the sham that was Joe Millionaire? Reality television in the early 2000s was quite interesting, especially when it was on Fox, don’t you think?