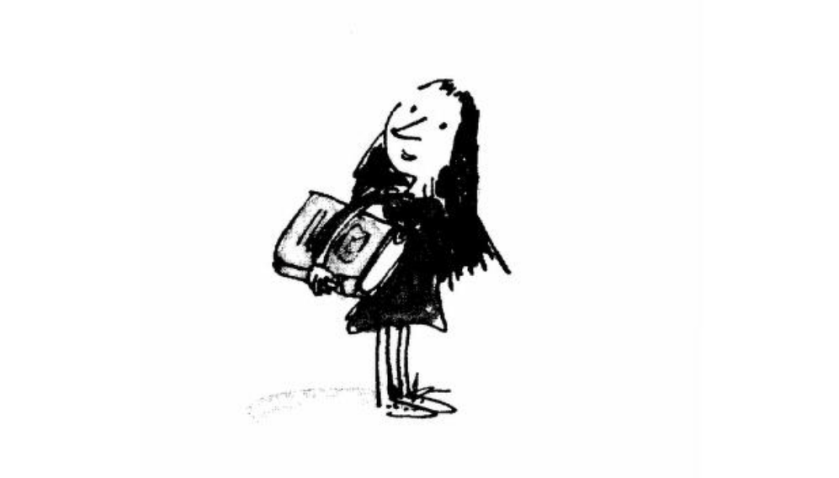 We’re reading all the books for National Reading Month!  And that’s the theme of the month (and a mini reading challenge for yours truly!)

“A Reader of Books”

I am what you would call a “reader for life.”  I love books, and always have.  Ever since I first started reading The Cat in the Hat prior to starting Kindergarten, I have loved the idea of words telling a story.

I should probably back up a bit, before the time I learned to read.

My mom told this story about a time when my dad had a newspaper open on the floor, and in the Job Classifieds, there was an advertisement that says “Macy’s.”  I was two years old, walking by the paper on the ground, and looked down and said “Macy’s.”  No, I couldn’t read yet, but apparently I could identify store logos, which either said I was going to be a world class shopper (which I’m not), or a reader (which I am).

Brilliant, probably not, but smart – yeah, I’ve always been a little smart.  I’ve always been the type to just read whatever was in the house.  If a magazine was on the coffee table, then it was fair game.  I loved library day at school, and don’t get me started on the Scholastic Book Fair.  I missed a book fair in third grade and was devastated – the one and only book fair I ever missed in school (stupid sinus infection!).  My mom made it up to me by taking me to a local bookstore while I was recuperating from the sinus infection (I missed almost two weeks of school because of that infection!) to pick out some of the books I wanted from the book fair that year.  It was the time Ramona Quimby and The Baby-Sitters Club made their debuts in my reading life, and they’ve never left.

That was the same year I met Peter Hatcher and his little brother Farley Drexel (but you know him as Fudge), and Peter’s arch-nemesis (if only because she was a girl) Sheila Tubman (my mom bought me Sheila’s story that year).  The following year, in fourth grade, I was introduced to Mrs. Frisby and some rats from a secret organization, Charlie Buckett and his trip to some chocolate factory, as well as Ellen Tebbits (she lives in the same town as Ramona Quimby).  There was a Light in the Attic, and it was the one time I’ve ever loved poetry.

Fifth grade meant reading a few years above my level, when I discovered the horror of R.L. Stine’s Fear Street.  Yes, I admit it – I skipped over the Goosebumps series and went right for the high school-age stuff, while keeping up with the Baby-Sitters Club (and Kristy Thomas’s younger stepsister, Karen, whom I met in fourth grade when I got one of her books for Christmas).

By the time sixth grade ended, I left behind Ramona and the babysitters (Karen too) for pretty much non-stop reading of Fear Street novels (but I met “The Great” Gilly Hopkins that year).  I gave all of my books to a younger cousin (except for my copy of A Light in the Attic – I kept that for a few more years).  My love of reading grew from there, and expanded into Stephen King, Michael Crichton, and anything and everything about pop culture, humor, film, and television.  I read Dennis Miller’s books of rants in high school, even enjoyed some political reading in college.  Since high school and college was all about required reading, I did the assigned books.  They sorta became priority, so when college was finally done, I got back into doing my own reading.

As an adult, I’ve followed SG-1 on their adventures through the Stargate (still do once in a while), read a story about the horrors of rabbits relocating (and saw the movie about it, which is terrifying), and finally read the story of a young girl who was also “a reader of books.”

And that young girl is the subject of the first article in my themed “National Reading Month” articles.

Matilda Wormwood, The Reader of Books

One children’s literature character I had the pleasure of meeting as a kid (both in written and movie form) was Matilda Wormwood.  I saw the movie when I was in eighth grade (a few years after I read the book, which would have been in fourth or fifth grade), when one of my cousins bought it over to watch.  The following day, I went over to my best friend’s house, and she received VHS copy of it from Christmas.  She was waiting to watch it with me, so we did.  A few months after that, I got my own copy of Matilda.  My grandmother bought it – my mom used to try to discourage her from buying us videos because she usually bought ones that my brother and I were too old for, but I loved this particular one.  This was the exception – I loved the story.

In 1997, I would never have expected a kids movie to have such an impact on so many.  Maybe it was the story, but I’d like to think it was Mara Wilson’s depiction of Matilda Wormwood that gave the story of a little girl with a love of books – and a rather interesting ability – such depth.

Matilda’s story actually begins almost a decade earlier, in 1988, which was right after the young lady that brought her to life was born.

Matilda is a 1988 novel by Roald Dahl, the same author who brought Charlie Buckett, the BFG, and James’s adventures in a Giant Peach to life.  The story focuses on the eponymous character, a five-and-a-half year old girl with an “unusual prococity.”  Ignored by her parents and older brother, Matilda ventures to the local library beginning at the age of four, in search of books.

By the time she is five-and-a-half, she has read all the children’s books, tackled Great Expectations, and loved Charles Dickens.  She is enrolled in a school run by Miss Agatha Trunchbull, a tyrannical sort who rules with an iron first.  Despite that, Matilda forms a bond with her teacher, Miss Honey.

Matilda discovers she has telekinetic abilities, when she causes a water glass containing a Newt to spill onto Miss Trunchbull.  When she reveals this to Miss Honey, her teacher confides to her about her upbringing at the hands of an abusive aunt after her father dies suspiciously.  The aunt, it turns out, is Miss Trunchbull, who is withholding Miss Honey’s deserved inheritance.  Matilda uses her abilities for sweet, sweet revenge (you know, the kid-appropriate kind), by raising a piece of chalk to the chalkboard during a lesson by Miss Trunchbull.  She writes a message with the chalk, in the guise of the ghost of Miss Honey’s father, demanding that Trunchbull hand over Miss Honey’s home and inheritance, and leave forever.

Trunchbull obliges (in a horrified way – abandoning the home and leaving no indication of where she was going), Miss Honey gets her house, and in a hesitant moment while trying to leave town due to  Mr. Wormwood’s less-than-honorable profession (turns out those cars he sells are stolen), her parents give Matilda permission to live with Miss Honey.  Things improve with the school, and advances in Matilda’s education result in losing her telekinesis, but she now has everything she wanted.

A sweet story about a sweet but very misunderstood young lady.

As I said, I saw the movie first, when I was in eighth grade, with my younger cousin, but over a decade before I actually (finally!) read the book. I love both and the differences in the story, which had more of a British element, whereas the film is definitely Americanized.  I love the names of the characters – even the hard-edged Miss Trunchbull has such a great name – so perfect for someone of her stature.

I love that Matilda was finally able to channel her extraordinary intelligence in a productive manner – more advanced learning, but the film’s ending and Matilda being able to keep her powers, is equally fun.  She’s a protagonist that no matter what, exudes optimism, and finally gets everything she needed.  No overtly terrible measures were necessary…unless you think ghostwriting on a chalkboard terrible.  Which you probably don’t.

I’m re-reading Matilda again, ten years after I read it the second time, and the story just resonates with me.  It makes me feel good that a young girl could have such an incredible ability and intelligence, and use it for good.

As for my VHS copy (in the clamshell box!), I still have it – it’s in my giant container of videocassettes in my home office.  For nostalgia’s sake, I’m going to have to watch it some point.

I’ve read Mara Wilson’s autobiography, which touches on her time as Matilda – a role that typecast her, but also one she learned to embrace many years later.  Her stories of a life before and after fame are pretty funny, and dare I say it, she’s alot like us…if we had found fame early on in our lives, and landed that One Huge Role that made us, and then caused us to shy away.

I also featured Matilda as the featured photo for a Music Monday article about the song “Send Me On My Way,” which was featured in the movie.

Have you ever read Matilda, or any of Roald Dahl’s books?  Have you seen this or any other film adaptations of said books?  As always, I’d love to hear your stories.  What I love about National Reading Month is that we all have that one special character, that one special book or book series that drew us in and has never let us go…if we allowed that to happen.

That’s what this month is going to be about – five very special instances of my young reading life that have shaped my enjoyment of reading and made it a lifelong commitment. I promise the stories about their impact aren’t nearly as long-winded as how I met my these characters.  Always remember, when you first read about a character, you’re meeting them.  It’s your choice to see them through their series, or read about them again (if their story stands alone).