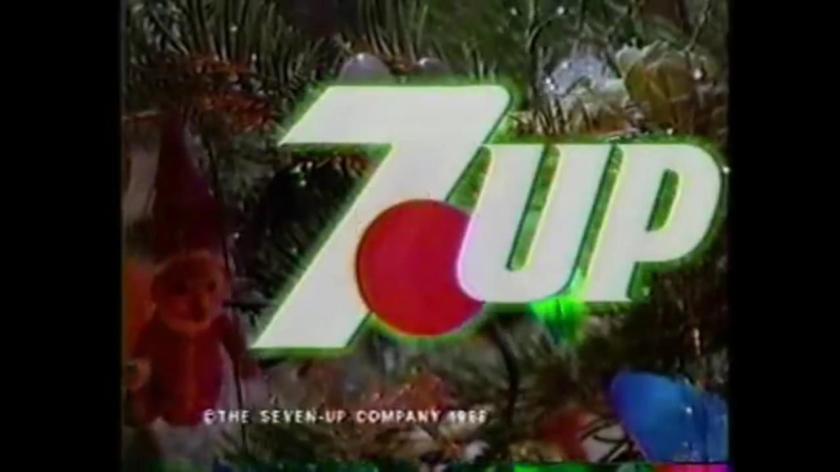 How about a little variation on the whole “‘Twas the Night Before Christmas” story, set in a house in 1988, and featuring licensed characters?

‘Twas the Night Before Christmas in 1988, and all through the house, not a creature was stirring…

Except for the then-relevant mascots for 7 Up, the “uncola.”

The sprang to the roof to see Old Saint Nick leave, but spot a little problem, which could be a big problem for Billy, whose stocking Santa was filling as our tale begins!

And when you click play, you’ll find out how the Cool Spots saved Christmas!

And that, kids, is the time the 7Up Cool Spots saved Christmas!

I never said it was particularly exciting.

7Up, a clear lemon and lime-flavored, non-caffeinated beverage, was introduced in the United States in 1929 as “Bib-Label Lithiated Lemon-Lime Soda” (has a nice chemical sound to it, doesn’t it?), and in 1936 was renamed “7 Up.”  The original name (and I’m just finding this out now) came of one of its ingredients, lithium citrate, a mood stabilizing drug, which was contained in the drink until 1948.  The origins of the changed name are unclear, though it may have something to do with the seven ingredients contained within, a coded name for lithium in the original recipe, or that it was bottled in seven ounce bottles.

The “uncola” descriptor was introduced in advertising in the 1970s and 1980s, as a way to show consumers how it differed from the usual soft drinks, where the commercial’s spokesperson, Geoffrey Holder, refers to the lemon and lime he has in one hand as “uncola nuts” (he’s holding cola nuts in the other hand).

As for mascots, Fresh-Up Freddie was the original 7 Up mascot in the 1950s, giving informative advice on how to plan the perfect party (which of course means having 7 Up on hand). Fresh-Up Freddie commercials were produced by Disney at the time, which explains Freddie’s look (a hybrid of Panchito Pistoles and the Arcuan bird from The Three Caballeros).

Cartoon character Fido Dido later became the Mascot of Uncola in the late 1980s and early 1990s, an re-emerged in the early 2000s as the international 7 Up mascot).

Fido’s appearance as a mascot was in addition to the Cool Spots, the red Circle from the 7 Up logo. 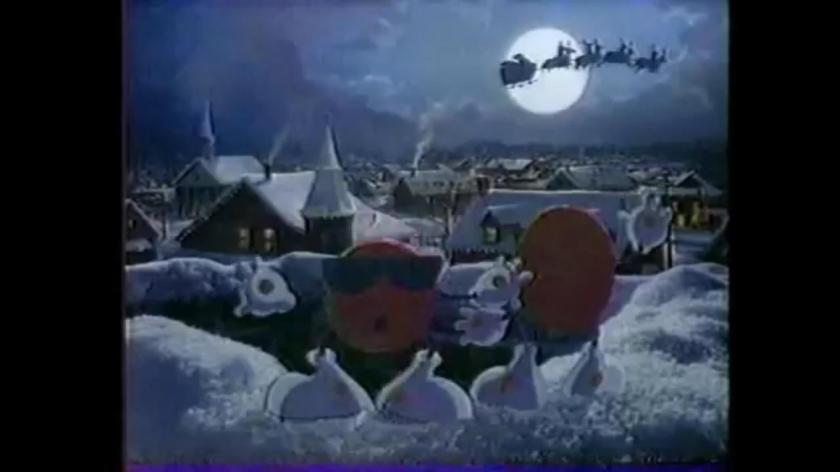 These little guys stuck around long enough into the early 1990s to get their own video game.

This was very much “of the time,” since Chester Cheetah and The Noid were good enough to have their own video games.

After all, they saved Christmas 1988 for Billy!

But Billy doesn’t have to know that!

We’re six days and counting from Christmas 2019, where Christmases like Billy’s can and will be a reality, sans cute little clear soda mascots.

Tomorrow, we’ll get excited over another Christmas commercial from the archives, but until then, have a great Throwback Thursday!