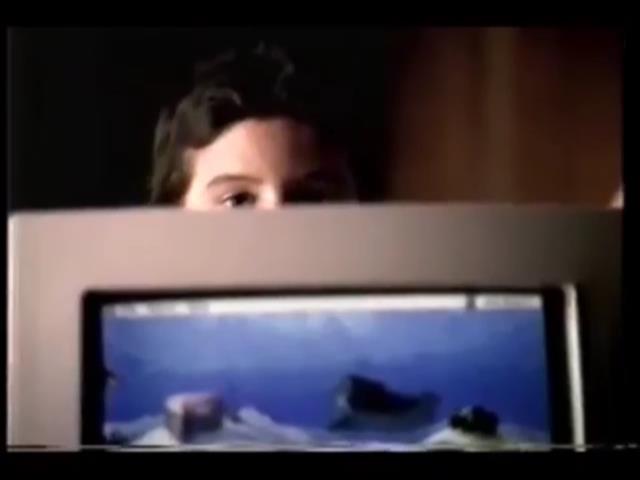 Being Thursday and all, it probably should.  I hear Friday has the same effect!

In the 1980s and 1990s, the computer was a new and novel creation.  When I was in elementary school, it was a way of playing games.  In third grade (1991-1992), I had my first Computer Science class.  It was a small classroom in my elementary school, right next to the library (it had a door that opened into the library), with desks that had two computers on it.  Two kids sat to a station.  Each station had a printer with the A-B switch box (remember those?).  We played games from the Broderbund lineup of awesome kids games (The Tree House, The Print Shop, this one Math game).  We also used a program that we could create storybooks on (that fueled my love of creative writing early on).

As we got older, we started playing Sim City (the highlight of sixth grade Computer Science class!), and other more advanced games.  My sixth grade teacher had a computer in the classroom, and we played Where in the World is Carmen Sandiego?, a game I still love to this day.

By this point, it was the mid-1990s.  I started middle school in 1995, and the computer moved away from being something we played games on, to something we actually learned to do school work on.  It went from there, but the computer was still an amazing thing.  I guess it was because it wasn’t always there, or was just incredible.  Kids take for granted that the computer, internet, and smart devices are there; I remember a time when they were new, I didn’t have an internet connection all the time, and my first cell phone beeped and roamed if I went out of the county.

I had a computer in my house by the late 1990s – a custom built machine.  By 2003, however, it was quite obsolete and becoming outmoded.  So, I told my parents that I wanted a new computer.  I had saved my video store paychecks (yeah, I worked in one of those!), and took a little bit from my savings just in case.

I bought my very first PC (well, one that was entirely mine) in December 2003, a Compaq Presario I spotted in the Staples advertisement the weekend before.  This is one that I had my eye on for a few months, but for 21-year-old me, this was the exact computer I wanted.  It had a flat screen monitor (13″, can you believe it?), and came with everything in the box. 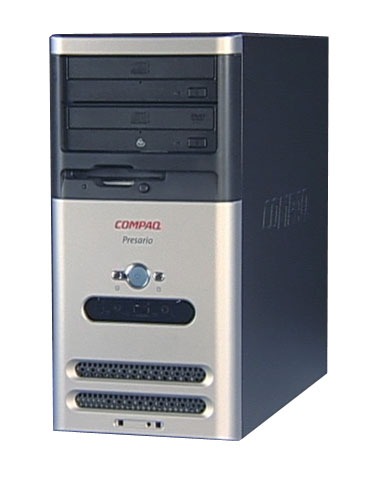 My brother and sister-in-law (at the time she was his girlfriend, and they’d been dating less than a year) helped me set it up at home that night.  I was so proud of it – my first computer, purchased entirely on my own.  Five years later, I upgraded to my first laptop, and five years after that, went back to a tower, only to trade that in two years later and go with a laptop again.  I’m currently the proud owner of a HP Pavilion 2-in-1 laptop.  It’s nothing fancy, but it does everything I need it to do.  I take it to work with my several days a week, I blog, edit videos, and play my emulator games on it.  That and my Samsung tablet (which I take to work on the days I don’t take my laptop), are my connection to the world.

But in 2003, a Compaq Presario changed my life, which was the aim of today’s commercial picks.

Yes, picks.  There are two commercials.

In 1995, Compaq asked the important question: “Has it changed your life yet?”

Well considering that in one commercial, we have a guy who can just plug in a CD-Rom drive to listen to his classical music… 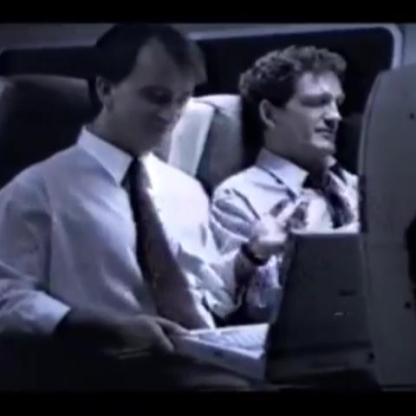 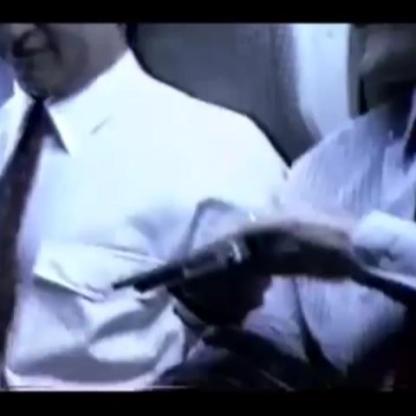 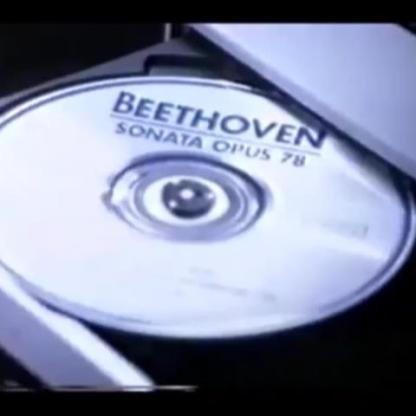 And in the other, a dad can operate a computer without the help of his child (who actually probably really wants to play on it)… 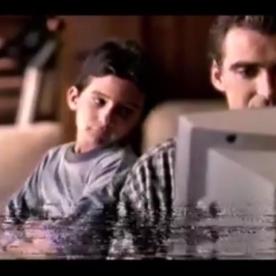 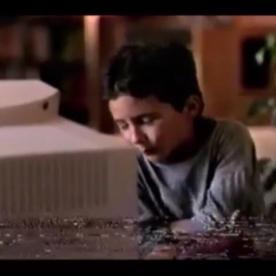 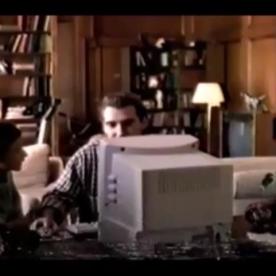 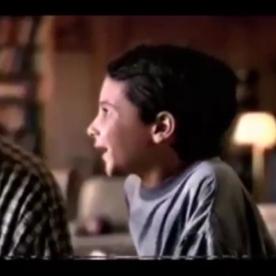 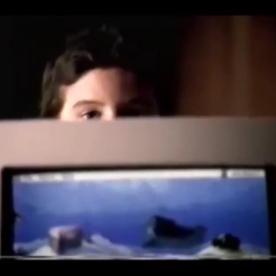 See all that life changing unfold when you click play!

Compaq was founded in 1982 (on Valentine’s Day) in Harris County, Texas.  By 2002, they had become a subsidiary of Hewlett-Packard, and the name Compaq was retired in 2013.  When I bought my first computer (the everything-in-a-box special!), it had an HP monitor.  That’s when I came to find out about that merger with HP (thanks to the sales rep at Staples that sold me the computer).

I find it hard to believe that the computer went from being this “tool of the future!” that people had, but really never thought would become this big thing, to something that is a staple of the household, and rely on.  I miss the days of the computer not being a huge part of our lives, but knowing how much of the world the internet brought me and those that use it, I love the fact that the computer has been a huge part of it.

So when Compaq commercials ask a question like this… 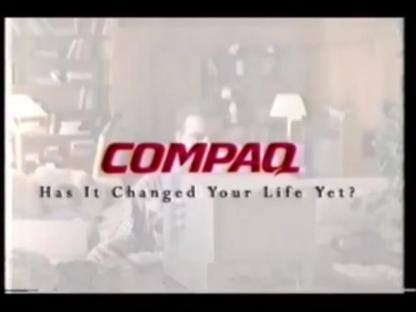 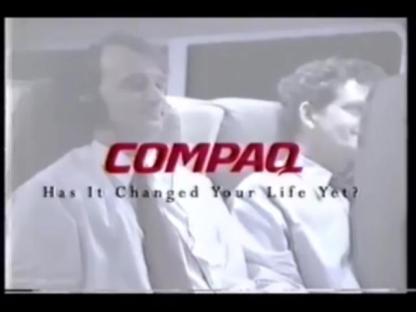 I say yes.  Yes it has. Because Compaq was my first wholly-owned computer.

As for that first computer, the one I bought to do my homework and use the internet, I gave it to a boyfriend (whom I broke up with several months later) when I bought a laptop.  I’ll never forget how proud I was to buy that computer, pay for it all in one shot, and be able to declare it all mine. 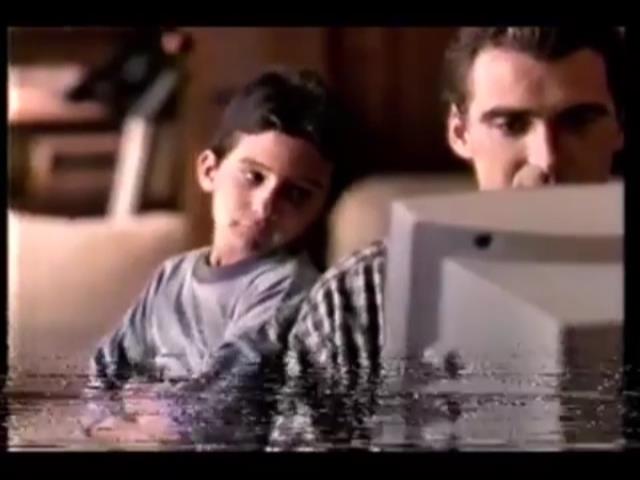 Unlike this kid.  He’s just going to have to wait patiently.

Thanks for following along with my sappy sentimental story of the time I bought a computer.  And all that “remember when computers didn’t rule the world” sappiness.