It’s Monday, there’s music, and once in a while, a parody gets slipped in.

Parody is the sincerest form of flattery, right?

Actually, it’s imitation is the sincerest form of flattery, but parody can be imitation.

It’s what I tell myself for reassurance.

Unless you’ve lived in a hole, you probably already saw the time Jimmy Fallon and his good friend Paul Rudd set out to shot-for-shot remake a 1990s pop song from the soundtrack of a movie about a woman of the night who becomes a Pretty Woman. 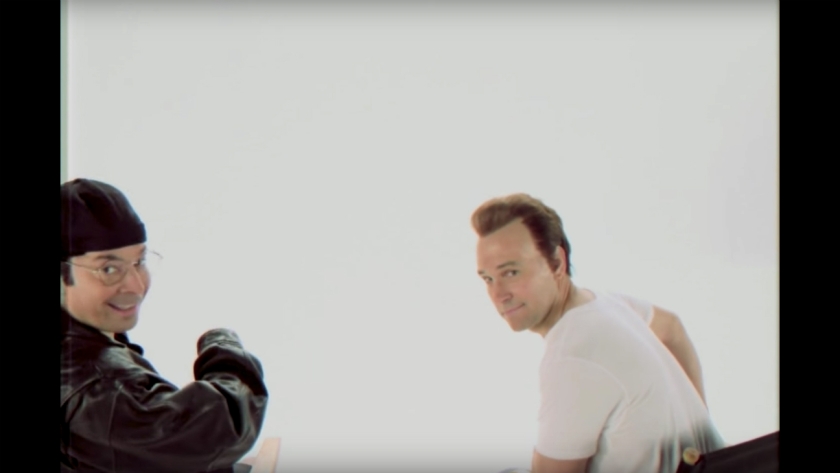 And you probably laughed your a** off at the whole concept.

Go West is actually a British Pop Duo, comprised of lead vocalist Peter Cox and rhythm guitarist/backup vocalist Richard Drummie.  They’ve been around since 1982.  They released their debut single in 1985, had songs on several soundtracks in the 1980s, but notably had a huge breakout in 1990 with “King of Wishful Thinking,” which was on the soundtrack for Pretty Woman.

“King of Wishful Thinking” reached #8 on US charts, and won an ASCAP award (American Society of Composers, Authors, and Publishers) in 1991 for being one of the most played songs in the United States in 1990.  The duo co-wrote it with Martin Page.

They’d go on to have another successful song in 1992 with “Faithful,” but never really strike it big with anything else in the United States.  After a hiatus in the mid-1990s, they’ve released albums and singles as recently as 2016.

But they’ll certainly never rival the memorability factor as “King of Wishful Thinking.”

And that’s why the song has been chosen as Music Monday’s choice for this week – an already memorable song that got a loving parody in the 2010s.

Leave it to Jimmy Fallon to come up with that idea…and to Paul Rudd for fully embracing his role.

Whenever you’re ready, go on and click play, they may tell themselves they’re over you, but they really want you to listen to their song!

And if you’re like me, and the parody really got you laughing…

And one more thing about this song, which has been disproven: It was long speculated that the chorus of this song was featured in the Gracie Films logo that you see at the end of every episode of The Simpsons.  This is not the case, but I’ve found myself trying to figure it out.

Anyway, there you have it.  A goodie given new life by a talk show host and his ever-eager guest.  Remember, Rudd is the same person who Conan O’Brien used to show the “wheelchair going off a cliff” clip from Mac and Me in place of whatever movie Rudd was out promoting at the time.

I totally remember this happening the first time.

That’s enough.  Have a great Monday, and enjoy the music!

Paul Rudd will get over this, his ship’s not sinking!