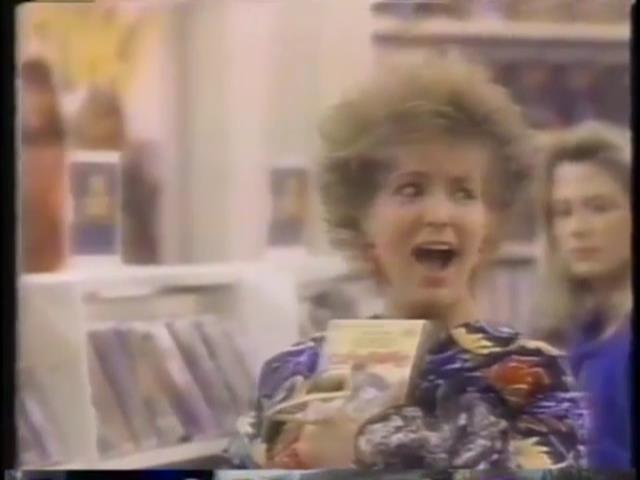 Wow, we made it to the weekend!  But don’t plan your Friday night around making it a Blockbuster night, because that doesn’t happen anymore.

I did a little research after finishing yesterday’s Throwback Thursday article, and it turns out there are still 21 Blockbuster stores left in the world.

In yesterday’s commercial, from 1989, Blockbuster informed us that Die Hard was now available to rent, while playing that catchy “Wow, what a difference!” song.

It probably got stuck in your head, didn’t it?

Anyways, on to today’s commercial, also from 1989…but not before story time!

When I worked for a Not Blockbuster video store back in the day, I remember getting asked all kinds of questions – the typical questions people would get asked at a video store:

“Do you have (such and such) movie/video game/?”

“What time do I need to return this?”

And in good use of my college education (I was a Communications major, and working on my degree while working at the video store), I showed two of my co-workers the two “X” rated movies we kept in the Drama section.  Because at the time both movies came out (the late 1960s and early 1970s), “X” was the equivalent of the “R” rating today.

For the curious, those movies were Last Tango in Paris (which my mom happened to see about five minutes of on HBO in the 1970s before screaming and turning it off) and Drugstore Cowboy.

I don’t tell my fun stories because they’re fun, I tell them because today’s commercial actually reminds me of my video store days.  This commercial doesn’t promote any upcoming home video release, but rather, the Blockbuster brand itself.

We have three customers, with three very legitimate questions… 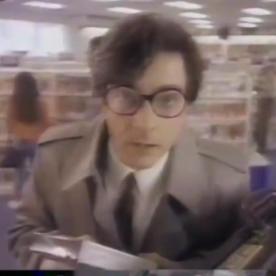 And when you click play, you’ll find out what it was like to work in a video store.  Though these customers weren’t nearly as tough as some of the ones I dealt with.

Wow, what a difference!

I really do miss these days.  Seeing a video store commercial really takes me back, and reminds me of the simpler times.  Technology didn’t completely rule our lives, and we actually had to go out if we wanted to watch a movie at home.  I hate sounding like a crankypants about it, but that’s what happens when you’re not quite a Gen Xer, and thank goodness, not a Milennial (please don’t group me in with them!).

On that bittersweet note, it’s almost the weekend.  Blockbuster still exists on some level.  A smaller level, but at least it isn’t entirely defunct and non-existent.  We like when our weekends begin knowing that, don’t we.

Well, have a great weekend, but enjoy your Friday first!