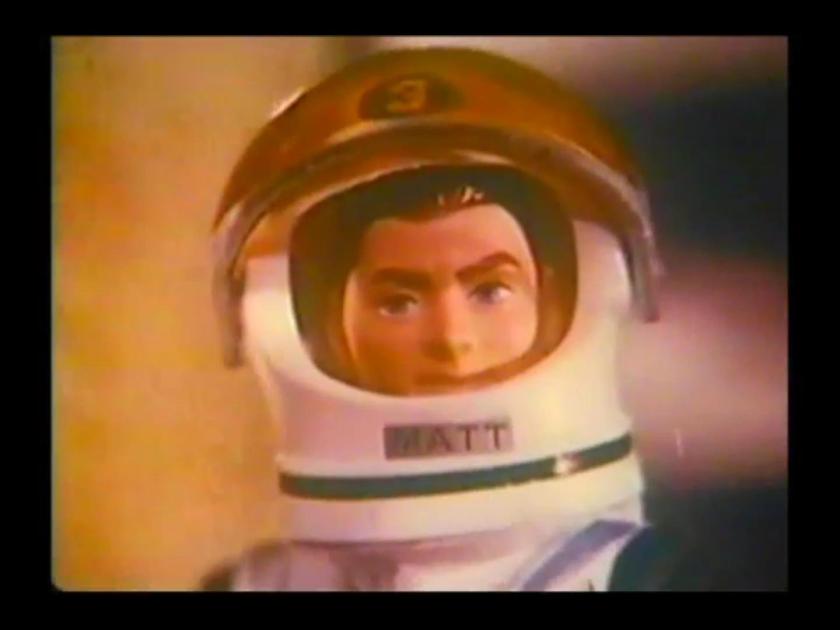 …and we all hope to do that someday!

No really, we do!

I’ll be honest, growing up in the 1980s, I don’t recall “space” or “astronaut” toys being a big draw, but obviously, at the beginning of the space program, it was.  And judging by what I saw on the 1001 Classic Commercials DVD set, the 1960s were silly with these types of toys.

Yesterday, on Throwback Thursday, we conquered the dangers of military life with G.I. Joe toys from 1964 (and briefly glossed over what life was like for G.I. Joe in the 1980s), and today, we’ll take that to the stars with Mattel’s 1960s astronaut doll, Major Matt Mason!

Again, I’ll be honest – I never heard of Major Matt Mason prior to the time I started watching Stargate SG-1 in 2010, when it was mentioned in the pilot episode.  Captain Samantha Carter was attempting to defend her femininity (when questioned about her nickname, “Sam”) by saying that she played with dolls.  When asked if she played with G.I. Joes, she admitted to playing with Major Matt Mason.

Now, when I heard that, I assumed this was some made -up doll, as I figured you couldn’t possibly use more than one trademarked toy name in the same sentence.  Some months later, within the same year, I came across the DVD boxed set 1001 Classic Commercials, and found this commercial on the set.

So a space-swelling individual that is, in fact, human does exist in doll form!

Major Matt Mason was created in 1966 by Mattel, and he and his crew lived and worked  on the Moon.  Joining him on his space odyssey was Sgt. Storm, Doug Davis, and Lt. Jeff Long, who was technically the first black man in space.

No lie!  I read it while I was learning about this toyline!

Mason and Crew had a friendly giant alien in their midst, Captain Lazer (how 1960s of Mattel!), and was featured during the science fiction era of the toyline.  Earlier versions of the characters were more space-era, but it was clear by 1968 that they were moving in the science fiction direction. 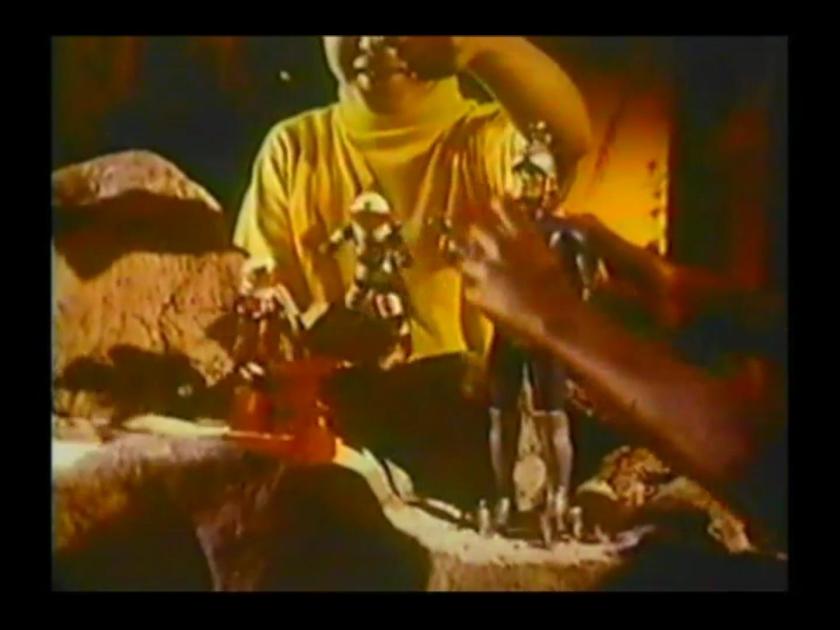 I’d say given the timeliness of this type of toy, Major Matt Mason was probably discontinued in the 1970s.  I don’t recall ever hearing of it in the 1980s, as this just seems like a toy that screams 1960s.  Regardless of how dated it feels, it’s still kind of a cool toy concept.

And when you click play, you can revel in Major Matt Mason’s adventures in Space, circa 1968!

Pretty cool, isn’t it?  I like this one the way I like that cool G.I. Joe commercial from yesterday!

And there you have it, another blast from the past that blasted a toyline into space!  Throwback Thursday and Flashback Friday will be back next week with more fun adventures in the archives of commercials!

You can tell outer space is swell, when it’s made by Mattel!