McDonald’s kicked off the football season that year with the NFL Kickoff Payoff, a game where you received trading cards with scratch offs on them.  Each card had an opportunity to win, kind of like the Monopoly of its time. 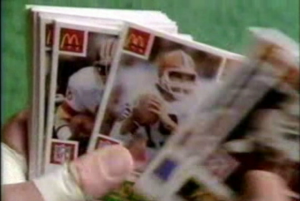 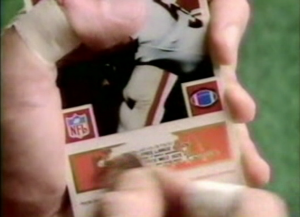 The game ran until October 19, 1986 (hey, my birthday!), and employs the use of actual game footage with obviously dubbed-in voices of the players reminding others to get to McDonald’s, get the cards, and play the game! 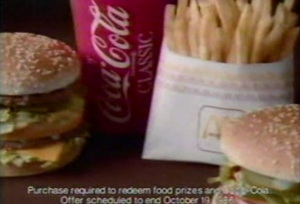 He’s got a shortcut, alright…jumping over the bench and into the crowd!

But don’t take my carefully crafted words for it…watch the commercial!

Now…get ready for some football! 🙂