But not too close, because we’re practicing social distancing.

90s Month comes to a close, and as we’re entering Day…um…insert number here of quarantine, my goal has been to bring about a sliver of happiness in uncertain times.  I love being able to help provide this kind of necessary happiness, one article at a time.  Although the more I think about it, the title of today’s song may provide some sense of hope for a day when we can break down these barriers of social distancing, though right now, we just need to hang in there.

Today’s song first saw its release a few years before it reached any kind of success, and proved to be its band’s most successful single, due in part to its inclusion as a television show theme song.  It’s a song about living, loving, wanting a good friend, and a chance…once in a while.  Oh, and everybody wants to be closer to free.

Yep, that’s the name of the song.

“Closer to Free” is a 1993 single by the BoDeans, first released on their fifth studio album Go Slow Down.  The single picked up steam upon its re-release in 1996, a few years after its inclusion as the theme song for Party of Five.  The soundtrack for the show was released in 1996, which probably explains why it found success the second time around. 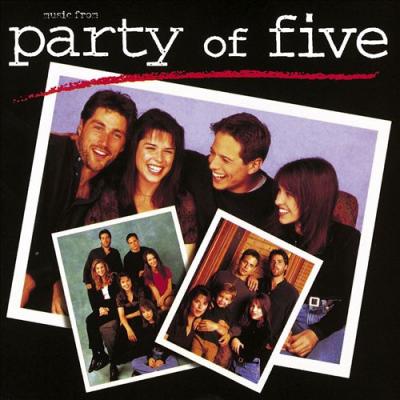 I watched the show on occasion; it was always on a dance school night, so that made it harder to me to actually watch consistently.  Sounds like an excuse, but I didn’t have a VCR until 1996, and by then, I guess I just would have been lost.  I actually had the soundtrack – I loved the theme song, and it actually had a really good collection of songs, including another previously-featured Music Monday song, Rusted Root’s “Send Me On My Way,” which was featured in the 1996 movie Matilda.

As for this song, prior to becoming the theme song for Party of Five, it was featured in the 1994 movie Milk Money (where I first heard it), and 1995’s Heavyweights.

Because we’ll associate the song less with a TV show about a family, and more because it was featured in a movie where a boy teaches his class about Melanie Griffith’s anatomy.

“Closer to Free” charted upon its re-release in 1996, reaching #16 on the Billboard Hot 100, due to the song being chosen as Party of Five’s theme song. and is the BoDeans’ most successful single.  The album it was included on, Go Slow Down, was the group’s desire to return to a simpler sound and the desire to record an album the group was happy with.  It was the only song from Go Slow Down that wasn’t re-recorded under their label’s advice.

The BoDeans, based out of Wisconsin, are still together today, and have been since 1983.  They’re included in a permanent installation at the Rock ‘n Roll Hall of Fame in Cleveland, and released their most recent album in 2017.  There have been major personnel changes over the years, and only one of the band’s original members, vocalist and lead guitarist Kurt Neumann, is still with the group.

As for Party of Five, the series had a slow build to its ratings success, with the first two seasons struggling.  By the 1996-1997 season, however, the series found its footing and ran for six seasons, ending in May 2000.  The story of a family struggling in the wake of the loss of their parents had its struggles resonating with an audience, but once it did, it was well-loved, much like its theme song.

90s Month wraps up, and hopefully, we will are one step “closer to free” ourselves.

Stay strong, safe, and above all, wash your hands.  I’ll keep the happiness coming.