I think today’s song may be more of the personal nostalgia appeal, rather than one rich with history and a background on the Billboard Hot 100.

Today’s song was one I always listened to on one of my Jock Jams CDs (of which I had all but Volume 5, not sure why I skipped that one). They were the staple of my 1990s dance life, which is an important part of my childhood and nostalgia. These were the warmup songs, the combination songs, and the stuff we heard when we weren’t working on recital stuff. Between these and the MTV Party to Go albums, I had plenty to dance to!

Until now, I wasn’t familiar with today’s song’s association with a television show. It didn’t air in the United States, and to me it was a Jock Jams song and nothing more.

A soap opera aimed at the teenage and young adult demographic called Byker Grove premieres on the BBC and CBBC. The show took place in a youth club in the Byker district of Newcastle upon Tyne and focused on the trials and tribulations of kids that participate in the club. The pilot featured kids ages 8 to 11, but when the show went to series, the age was increased to 12-16 years old. It aired for 18 series (seasons) and 344 episodes, before ending in 2006. During its time, Byker Grove gave way to establishing the music careers of several groups, including today’s group, who released a few songs that were minor hits in the United Kingdom, including today’s song, which was also a minor hit in the United States.

The group is Crush (consisting of Byker Grove stars Donna Air and Jayni Hoy), a spinoff of the trio Byker Grooove, the year is 1996, and the song is a guy who really blew it, “Jellyhead.”

“Jellyhead” reached #72 on the Billboard Hot 100 (versus #50 on United Kingdom Music Charts), and #43 on Billboard’s Hot Dance Music/Maxi Singles Chart. American audiences were not familiar with Byker Grove, nor Crush’s association with the series, which likely was the reason for their chart position.

My familiarity with “Jellyhead” came from Jock Jams Volume 3, a Christmas gift from my friend Cortney back in 1997. 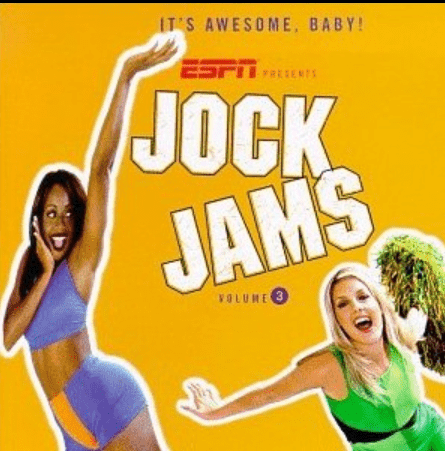 As a teenager in dance school (I was a fifteen-year-old ninth grader when I got this album), I loved anything I could dance to (or create my own choreography for!), and this was one of my favorite songs on the CD. It came after the Jock Jams Cheerleaders chanted “Let’s get ROWDIE! WOO!”, and I always knew as heard the faint segue of “No Diggity” looming under the final lyrics of “Jellyhead,” the song was over. But hey, I liked the way the next song was workin’.

Man, that was a great CD, especially the “Jock James Megamix”! I LOVED listening to that song!

As for Crush, by the time the single had been released, Jayni Hoy left the duo and was replaced by Luciana Capraso. Under this collaboration, Crush released a few more singles (including a cover of The Go-Go’s “We Got the Beat”), but never quite met with the (limited) success of “Jellyhead,” and went their separate ways. Donna Air continues to have an active career in the United Kingdom, as does Luciana Capraso, who has an active solo career. As for Jayni Hoy, it is unknown what she is up to, other than working Behind the Scenes on British television show Blue Heelers…in 2003.

Over and over I feel it, because this song is now stuck in my head!

I both love and hate when that happens!