Car care centers on the national level are always airing commercials, peddling their wares, offering discounts, all in a bid to grab your business.  And because your car is what gets you where you need to go and back again, so not having it can be an inconvenience.

Thank goodness for mechanics that do quick, thorough, and inexpensive work.  There’s the honest ones, and the ones that will bleed you dry if you’re unsuspecting.

Not since The Wiz has a company been able to make the same promise.  (Except The Wiz had it on the sign for their stores, and they eventually were beaten…by competition).

Today’s two-part harmony of commercials (from 1986) promises quality service, unbeatable prices, and that they can’t be beaten. 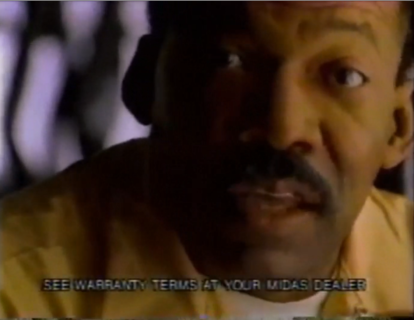 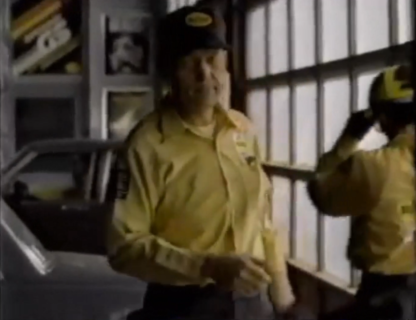 Who are these guys you can trust for your mufflers?  Click play and find out!

Midas (Muffler Installation Dealers’ Associated Service) was established in 1956, and like Meineke, are still around today.

They specialized in mufflers, but in more recent years, have expanded to auto service experts.  There are over 2000 Midas stores around the world, including nearly 1300 locations (both corporate and franchise-owned) in the United States and Canada. 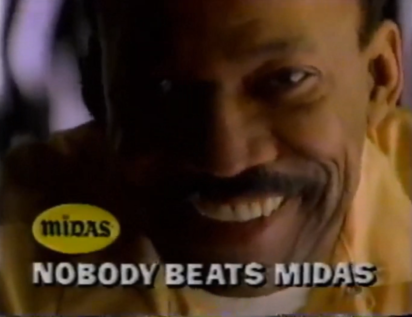 Obviously, it works, since they’re still in business today!

Which makes this week’s Throwback/Flashback a win-win!

On that note, we’ll trust the auto care experts with long-standing business and good track records, since they won’t make us pay alot for our mufflers, and wrap this up.

Next week, on Throwback/Flashback, we’re spreading the love with some Valentine’s Day commercial from the archives of YouTube!

Until next week, have a fantastic Flashback Friday, and a great weekend!