In the sad tradition of seeing stores close that were part of many a childhood, I bid adieu to yet another one.

My fiancee and I were out on Friday night, celebrating our anniversary.  We’d just finished eating at Red Lobster (which is on a pad site at the mall’s parking lot) and decided to “walk it off” at the mall.

Now, I knew Sears was closing.  We were at the mall a few weeks earlier, and walked around in Sears, looking at appliances that were heavily marked down.  Let’s just say if we needed new appliances (which isn’t necessary, we lease a townhouse), that sale would have been a great opportunity to get a new washing machine, dryer, or refrigerator.

Three weeks later, we were back walking off seafood dinners, and I wanted to walk to the Sears End of the mall.  Since the lights were visible from the parking lot, I figured the store was still open, and it was worth seeing how low prices had gotten, or if there was anything left worth looking at. 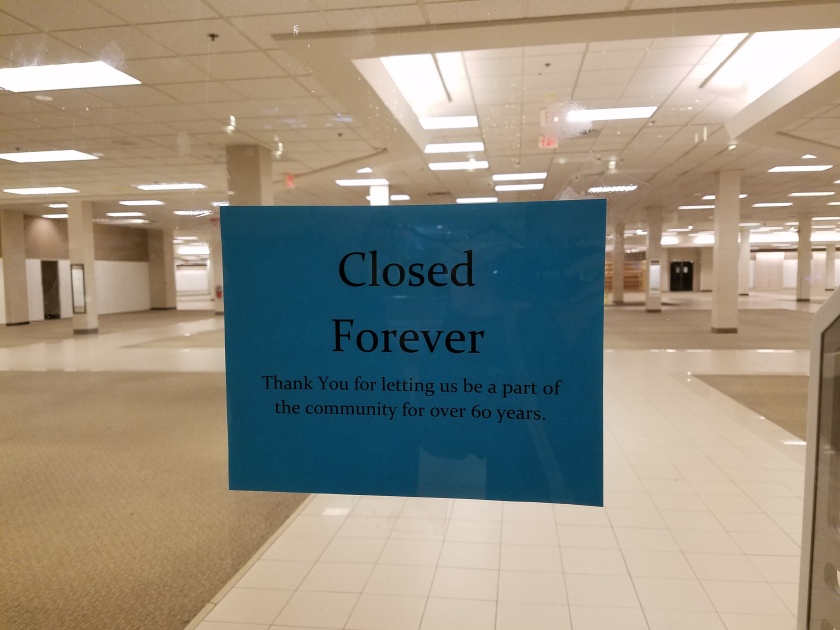 Brightly light but oh so vacant, this anchor stands cleaned out, closed off by its glass doors.  The sign is so darn depressing! 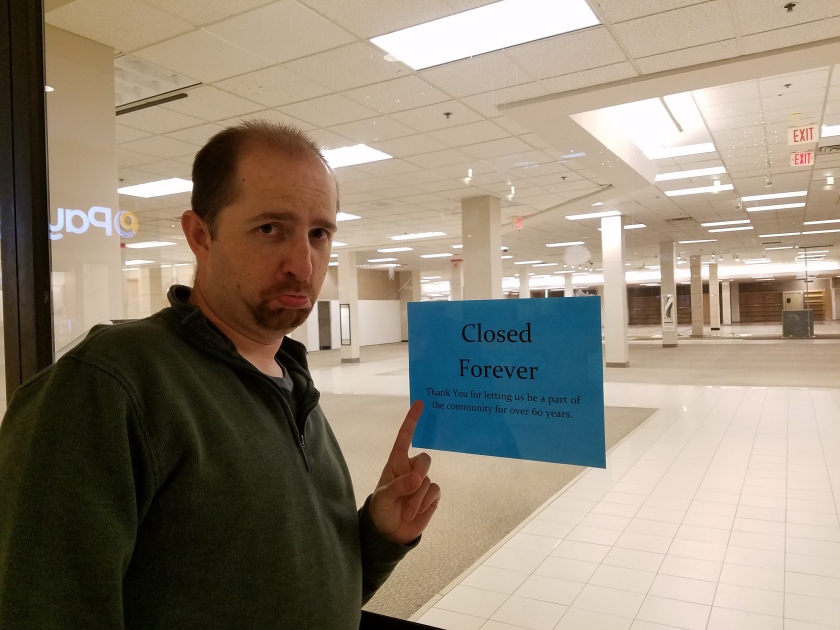 Even my fiancee agrees.

The upstairs portion of the anchor still has the Sears sign adorning the wall above the entrance, as does the outside, but on the main level of the mall… 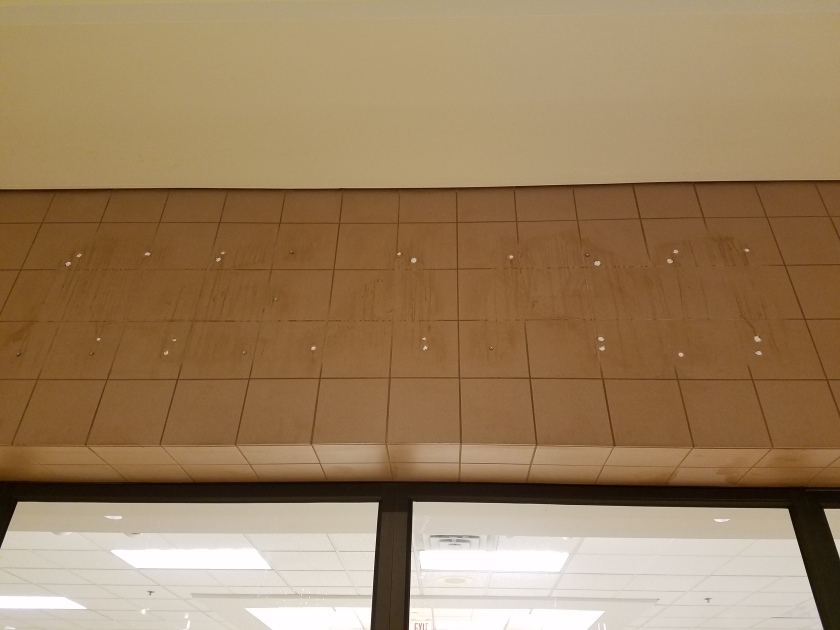 The sign o’ the times: the presence of label scar.

Now, we’d obviously known about Sears closing for some time.  The company had been marking stores for closure, but ours (in the Hamilton Mall, Mays Landing, NJ) was not one of them.  It had managed to survive all the other closures, until this month, when it became one of the 29 Sears stores to close in November.  But knowing that right across the street, Toys R Us closed just recently, it is sad to see another relic of childhood going away.

In my lifetime, I’ve seen Caldor, Bradlees, Circuit City, and Toys R Us close.  And now, Sears joins those ranks.

Come see the tragic side of Sears.  I’m sure you’ll take pictures too.