Which is always a happy side!

Yesterday, on Throwback Thursday, we revealed things that go bump in the night via the Ghostbusters’ GhostZapper, and proved that we were more afraid of little punks and their GhostZapper than we were of ghosts.

and look at another “it goes bump in the night” toy by Tonka – SuperNaturals!

These holographic action figures look odinary, but moving them the right way in the light reveals a supernatural being with powers.

I found two of these commercials, promoting two different types of figures from the line.  I warn you ahead of time, the audio is slightly out of sync in the second commercial.  This happened during the dubbing process (transferring from VHS to computer via Hauppauge PVR), and I noticed this only happens with older VHS tapes.

My boyfriend said he had one of these, and they really do look cool.  I only vaguely remember their existence.  Turns out, they never really took off.  Mental Floss has a December 2012 article about toylines in the 1980s that didn’t take off.  SuperNaturals is listed at #9.  The line only lasted one year and through one series of toys, but boasted a pretty impressive number in its wake.  Usually you need two or three waves to introduce a truly diverse and numerous lineup of characters, and SuperNaturals accomplished that in one series.

Not sure why this didn’t quite hold up.

And there you have it, Friday’s bump in the night.  Yea for 1987 and toys that accomplished this!

Have a great Friday, and don’t forget to unleash the might! 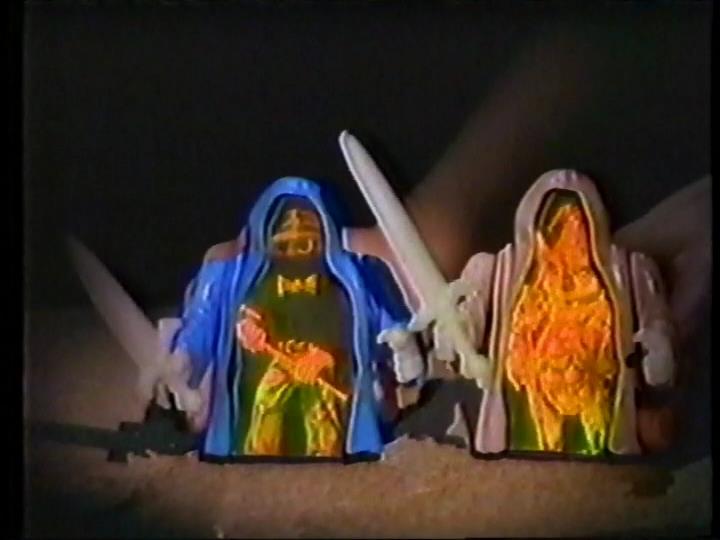