This is another one of the many new contributions to my archives, courtesy of my boyfriend and his awesome VHS.  As I said in last week’s Throwback Thursday and Flashback Friday (featuring commercials from the same tape), the new contributions added not only commercials from 1987 to my mix (something I don’t have much of), but also kid-friendly/toy commercials (something I don’t have at all).  Those commericals were the true rock stars of my 1980s childhood, and while I love seeing what was going on in the adult world of the 1980s, sometimes it is really nice to see what I was able to relate to.

So this week’s contribution is made possible because of James and his awesome video, so thank you James!  Hope you like this week’s Throwback Thursday! 🙂

Combing through all of the fun toy and food commercials of 1987 has been fun, and I’m not finished yet, but there were a few ads that kept coming up that I remember the product itself, but not necessarily the ad.

In 1987, Mattel had a line of toys called Mad Scientist, which were a messy-but-cool experimentation into the likes of mad science.  And since the toy was obivously so popular, it even had its own attempt at a TV show in 1988.

The show (which I can’t find much information on) was apparently a 30-minute film (possibly a pilot episode?), and featured the Mad Scientist of the commercials (Dr. Sy N. Tist) and a young boy named Brian who helps with the various experiments. I’m not sure if this was meant to go to series, or if it was just an attempt at a movie, but it was released direct-to-video in September 1988 by Family Home Entertainment, and it is on You Tube if you’re really interested.  I may check it out myself.

As for the toys, there were several sets of “experiments” – the Monster Lab, the Dissect-An-Alien Lab, and smaller sets, like the Sammy Sneeze Monster Kit (see this fun post on Dinosaur Dracula!).

And in today’s  Throwback to the archives, we’ll take a look at two of the “Too Gross!” and “Too Yucky!” experiments – the Monster Lab and the Dissect-An-Alien Lab! 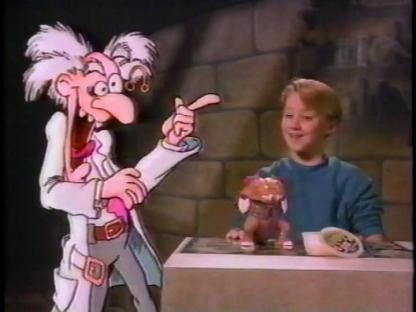 So go on, and click play for al the “Too Yucky!” happenings in the Mad Scientist’s lab!

Maybe my sensibilities and tastes have changed since 1987, but 30 years later, I would love to experiment with these toys.  There is nothing quite like the grossness of slime and creating something that you’ll inevitably have to destroy, because the toy says so! 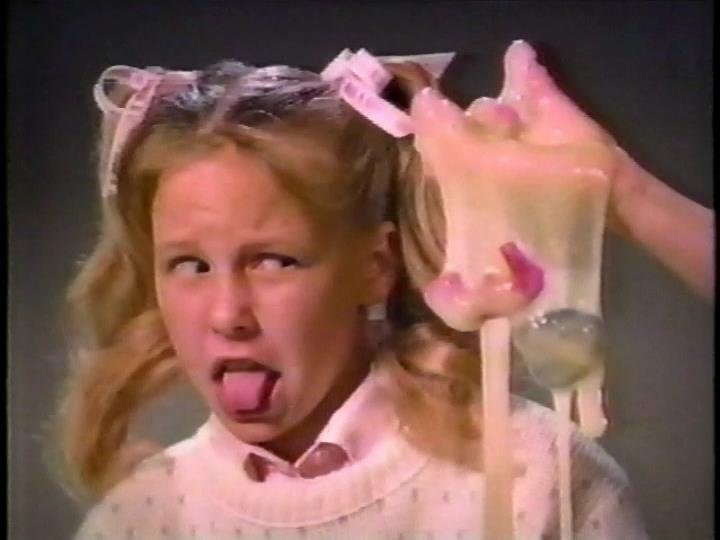 And yes, so much slime and grossness!

And there you have it, another trip into the archives and a visit to the lab of the Mad Scientist, all in one stop.

Come back again tomorrow, for more fun in the archives, which definitely won’t be…

In the meantime, stay out of the lab!